A Spanish zoo is celebrating the birth of an endangered Scimitar oryx which is considered extinct in the wild.

The cute calf called Tumbuctu by the keepers was born at Barcelona Zoo in the Spanish region of Catalonia in mid-March and was recently presented to the public.

Zoo director Sito Alarcon told Real Press in an exclusive interview that the calf is in good health and that its parents came from German and Belgian zoos, and arrived at the Barcelona park in 2018 as part of a conservation programme to protect the species.

The scimitar oryx (Oryx dammah) is listed as ‘extinct in the wild’ by the Red List of the International Union for Conservation of Nature (IUCN).

Four males and three females currently live in the zoo and since 2020 three offspring have been born there.

Alarcon told Real Press: “We are very happy this birth is a result of the zoo’s fight against the loss of biodiversity.”

The zoo director, who is also a biologist, explained that this species, which is similar to a large antelope, lived in northern Africa and was “even referenced by old Egyptians”.

Alarcon said their extinction in the wild was caused by the “destruction of their natural habitat due to human activity, poaching, and urbanisation of their habitat”.

This species currently only lives in captivity in different parts of the world and the zoo’s aim, along with other institutions, is “to reintroduce the species in their natural habitat in the short term”.

The director added that the disappearance of the species in the wild is a tragedy because “it unbalances the ecosystem”.

The zoo also welcomed the birth of another animal considered critically endangered by the IUCN, the dama gazelle (Nanger dama).

The birth took place a few weeks ago as part of a conservation programme that started in 1971.

There are currently 11 females and three males of the species living in the zoo.

Alarcon said that thanks to the programme, some dama gazelles have already been reintroduced in parts of Tunisia and Sahel.

Their threatened status is caused by the same reasons as the oryx, the destruction of the habitat due to the presence of humans, poaching, and urbanisation.

Alarcon told Real Press: “Sahel is seriously affected by climate change and problems linked to hunger and wars. In the last century, a lot of species have disappeared.”

The Sahel is the region that marks the transition in Africa between the Sahara to the north and the Sudanian savanna to the south.

He added that the role of herbivores such as the dama gazelle is very important for the ecosystem as they maintain balance and their disappearance also affects predators.

Laia Bonet, president of the Barcelona Zoo Foundation, said: “The breeding and conservation of threatened species, or even extinct like the Scimitar oryx, are the pillars of our work at the zoo and allows us to help preserve our planet’s biodiversity.” 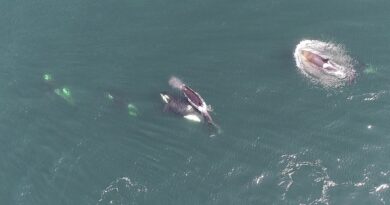 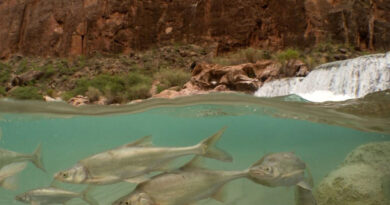 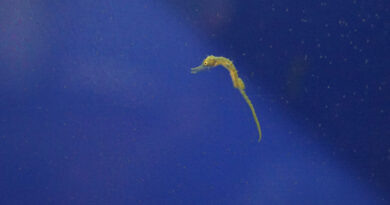