This is the moment Brazilian comedian and influencer Carlinhos Maia doodles a cartoon features on a faceless woman in a hotel painting, leading to him being dragged into court by the furious artist who was outraged at the desecration.

The legal case happened even though the comedian had permission from the painting’s owner that had purchased it from the artist.

The incident took place at a hotel in the city of Aracaju in the Brazilian state of Sergipe in October 2019, with the 11th Civil Court of Aracaju fining the comic BRL 30,000 (GBP 4,066) this week.

During the 2019 incident, Carlinhos said he was frightened by the painting of the faceless woman while staying in the hotel room and decided to “play” with it.

His partner filmed the comic drawing eyes and a mouth and the video was posted on Instagram with the message: “Guests at this hotel will thank me.”

Artist Lau Rocha praised the court’s decision, adding: “Although there is the chance to appeal, this decision is an important victory.”

The court ruled that altering the artwork is the exclusive right of the artist alone.

At the time, Carlinhos said he had permission from the hotel owner, who had purchased the painting and owned it, to scribble on it.

According to the news site G1, the hotel owner, a co-defendant in the case, was instructed by the court to return the painting to the artist.

The ruling is subject to an appeal, however it is unclear if the defendants plan to take the matter further.

Carlinhos said on social media after the ruling: “Guys, about the painting. Here’s the lesson for me and for everyone else. Even if the work was bought many years ago, you still can’t draw on it, even with the authorisation of whoever paid for the painting, as was my case! Once again, here are my apologies.” 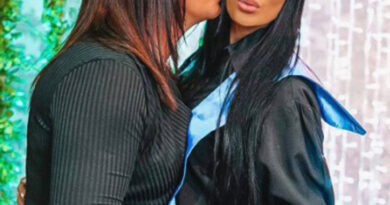 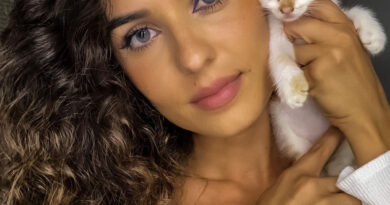 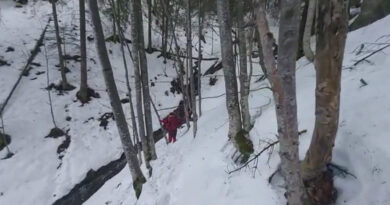