Parents of a missing six-year-old girl dubbed the new Maddie McCann have condemned police after accusing them of botching new leads to find their daughter.

Little Guadalupe Belen Lucero Cialone – known as Guada – vanished while playing with her cousins outside her home in San Luis Province in central Argentina on 14th June last year.

She was just five years old at the time.

Her parents had been celebrating a birthday with the rest of the family, and in circumstances that are still unclear, she vanished.

Her desperate parents called in police who carried out a search.

But other than finding a shoe – which parents quickly confirmed did not belong to Guada – they did not turn up a single clue.

Her frustrated parents say it even took police more than a year to carry out a reconstruction of the scene of her disappearance to jog possible witness’s memories.

They also claim they had to investigate new leads themselves after police ignored their calls.

When Maddie was snatched from a hotel bedroom in Praia da Luz, in 2007 the McCanns were bewildered at the incompetence of local police.

They even found themselves coming under suspicion as Portuguese investigators looked for instant answers.

Guada’s mother Yamila Cialone took to social media to announce that she had received an anonymous letter with information on where her daughter could be.

She said that it gave her an address in Anchorena, in San Luis, and said that she had twice contacted the state police with no response.

Yamila also revealed she had been getting anonymous calls on her phone where nobody spoke.

The calls came mysteriously every hour typically from 11 PM through to 3 AM.

She complained on Facebook that after passing the letter to police nothing happened, so the family had actually visited the place themselves to try and find out if there was any truth in the allegations.

She said: “My dad travelled to Anchorena, which is the place he mentioned to us where Guadalupe is…

“My sister recently told me that the town of Anchorena, San Luis, kicked them out and that the man of the house was nervous and treated them badly.

“No one seems to take on board it is not our intention to disturb. All that we want is to look for Guada…

“And this letter is incredible, it wasn’t from a psychic according to the way it was written the fact is that we don’t actually know who sent the letters with a map to my home.”

In the latest twist after the police started the reconstruction earlier this week, a man came forward and confessed to her killing.

He said he had kidnapped her, gave her a drug to dope her and then killed her before burying her in Potrero de los Funes.

But a search of the region by police revealed nothing, and it was only later determined that the man who admitted to the murder suffered from schizophrenia giving another false lead to the parents who say they do not know where to turn.

Her father Eric Lucero said that in the wake of the final reconstruction, he remains hopeful that they will “finally get the first clues to the whereabouts of our daughter”.

However he also blasted cops saying: “This should have been done from the first moment.”

He added: “The truth is that it took a long time for this reconstruction to be done.

“One has to have faith that with this something can arise and that we can have, even if it is, the first clue to clarify everything that happened with my daughter that day.

“Until at the moment there is nothing new and nothing clear. We are still living with the same uncertainty from that terrible day that we had to live with when she disappeared.

” All that keeps me alive right now is the hope that I can see my daughter again. It’s all I ask for.” 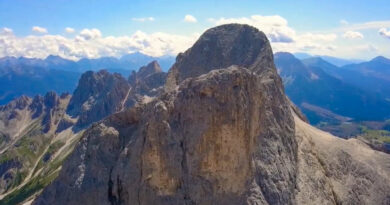 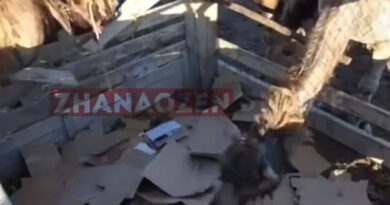 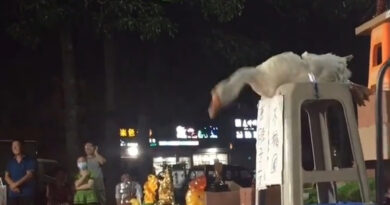