This is the moment a former corrections officer is arrested by the Ohio cops for impersonating a police officer and he was later found to be in the possession of cops clothes, handcuffs and a loaded Smith and Wesson rifle.

The former Pickaway County corrections officer was caught impersonating a police officer in the city of Whitehall in the US state of Ohio.

According to NBC4, the former correction officer for the Pickaway County Sheriff’s Department quit his job when he became under investigation.

The Whitehall police said they were called to Collingwood Avenue following a report of a man impersonating a police officer.

When officers questioned the suspect, he claimed he was on traffic duty for a private security firm.

Claiming he was off-duty at the time, the unnamed man wore a police traffic vest and said the private company was based in the city of Cleveland.

He added that he worked for the Glenmont Police Department, however officers on the scene felt something was not right and continued to ask questions to discover the truth.

According to the police, he identified himself as Casey Donavan Williams, 26, a correction officer based in Pickaway County, and the police ran checks and found that he did not hold any position with the police department in the state of Ohio.

After the suspect was arrested, the police said the badge he had was a forged Pickaway County Sheriff’s Department badge.

The suspect was also found to be in possession of a police jacket, a Glock handgun, a taser, two sets of handcuffs, a torch, pepper spray, a bulletproof vest and a loaded Smith and Wesson rifle.

He was subsequently charged with impersonating a peace officer and improper handling of a gun in a motor vehicle.

The police added that the investigation is ongoing and more charges are likely. 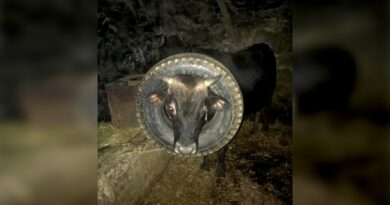 Traffic Stop Leads to Seizure of Cash, Gun and Almost 3lbs of Marijuana