The Helimer 401 helicopter aircrew rescued a crew member of the Horizon Geobay research and survey vessel due to a health problem.

The British rescue centre contacted the Maritime Rescue to request their collaboration and the urgent transfer of one of the crew members when the ship was floating about 200 miles northwest of Cape Prior, Coruna in Spain on 15th August.

At the time of requesting the evacuation, the ship was 280 miles off the Galician coast, outside the Maritime Rescue area of ​​responsibility.

The sea rescue helicopter took off around 6pm from Alvedro Airport in Coruna, and arrived at the agreed point around 8pm.

The air team picked up the person with a medical disease on board and provided the necessary assistance.

At 9.20 pm the helicopter landed, where an ambulance was waiting for the injured person to be transferred to the Coruna University Hospital Complex, where the patient was later hospitalized.

No information is known on the current health of the crew member who was evacuated from the ship. 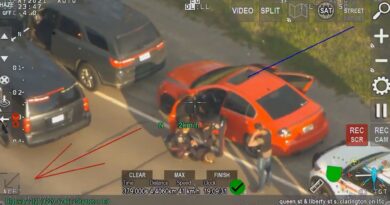