Experts in Belgium have fixed a bungled restoration the painting linked with Flemish Grand Master Rubens that saw Saint Peter being handed the keys to the kingdom of heaven by Christ being turned into Doubting Thomas.

The impressive artwork that appears to be a copy of a famous Rubens painting on display in the United States, possibly by one of his students, was located in the Saint Peter and Paul Church in the small village of Pulle, part of the Belgian municipality of Zandhoven in the northern province of Antwerp.

The experts added that the painting turned out to be a very good copy of a work by Flemish artist Peter Paul Rubens (1577-1640) that can be found hanging in the Carnegie Museum of Art in Pittsburgh in the United States. It is unclear who made the copy but it is thought that it might have been painted by one of his students.

Students of the old masters traditionally copied their paintings as this was deemed one of the best ways for them to practice their skills, as well as a way of honouring the master, according to the Sotheby’s auction house. They also said: “It was a matter of pride to possess one’s own version of a great artwork. King Charles I had up to 60 copies of Old Master paintings, commissions or gifts, including many which reproduced original works from his own collection. And copies took on a commercial aspect as the art market gained momentum during the 17th century.”

Rubens also admired and copied antique sculptures, and the work of Italian Renaissance masters such as Raphael, Leonardo Da Vinci and Caravaggio, according to the Metropolitan Museum of Art in New York. In his youth, Rubens was hired by Vincenzo I Gonzaga, duke of Mantua, in what is now northern Italy, and his main responsibilities were to copy Renaissance paintings. Flemish artist Anthony van Dyck (1599-1641) is perhaps Rubens’ most famous student. He worked in his studio as an assistant for several years, where it is believed he learned the art of copying paintings, notably by becoming an enthusiastic Titian and Raphael portrait copyist.

Chantal Siebens restored the church painting in Pulle and discovered that it was not originally Thomas kissing the hand of Christ as it had a layer beneath the surface that showed the original artist had painted Jesus giving Saint Peter the Keys to the Kingdom of Heaven.

After originally depicting Saint Peter and being turned into Saint Thomas, the painting has now been restored back to Saint Peter.

Siebens, a certified restorer who trained at the Academy of Fine Arts in Antwerp in Belgium, told Newsflash in an exclusive interview: “Before restoring the painting, the parishioners were convinced it was St Thomas kissing the hand of Jesus on the painting. I discovered it was not St Thomas, but St Peter receiving the keys of the Kingdom.”

The botched earlier restoration indeed appears to show a man kissing Jesus’ hand. In the Bible, the apostle Thomas doubts that Jesus had resurrected until he sees the wounds on his hands, which promptly causes him to kiss Jesus’ hand.

Siebens explained: “I was asked to restore some paintings and this one was hanging a little bit out of sight.”

She added that she noticed that Christ’s arm was a bit deformed, as was the head of Thomas the Apostle.

She said: “It was obvious that another painter had tried to hide some damage.”

The expert quickly realised, after scanning the painting with a UV light, that it had been poorly restored and there was another layer beneath the top layer of paint.

Siebens said: “It took me about five months to restore this painting.”

She added: “The painting was very dark, dirty and greasy, the board was weakened and it wasn’t stable anymore.”

It can be complicated to fix a previous restorer’s work and Siebens said: “To remove overpaints is always a risk, you don’t know what caused the damage and what you will find underneath.

“You protect the painted surface and start to clean and stabilise the back. I had to remove some little pieces of fabric that were hiding some holes and made a new board.

“After cleaning the surface I removed the overpaints using some gels containing a solvent. The gaps are filled with a mixture of rabbitglue and kaoline. The basic retouches were made with waterbased colors and the final retouches with pigments and paraloid. A varnish with UV filter will protect the painting for the further years. (sic)”

Siebens said that the painting was somewhat hidden in a corner because it was so ugly and that the church underwent a restoration in the 1970s and it was possible someone from the parish had tried to repair damage to the canvas by painting over the head themselves. 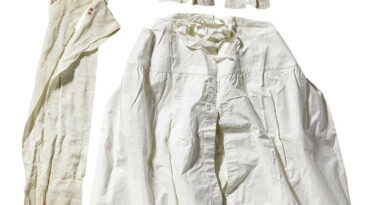 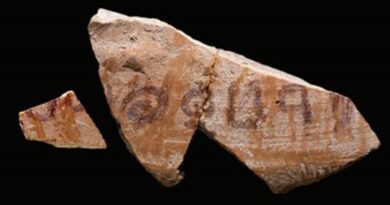 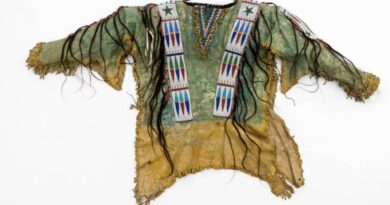