A dad of 15 has been killed by lightning while trying to fix his lorry after it broke down during a storm.

Daryl Lewis, 50, had been driving across the US state of Ohio with his father and one of his children when his lorry broke down in Sidney during a heavy storm on 6th July.

His wife, Tanya, told local media that he had got out of the vehicle to try to fix it so that the trio could continue on their journey.

However, while on the roadside, Daryl was hit by lightning.

Tanya told local media: “The next phone call I got was my frantic 10-year-old screaming and crying.

“They were doing CPR and putting him into an ambulance.”

Ohio State Patrol told local media that when troopers arrived on the scene, they came across Daryl lying on the hard shoulder of Interstate 75.

They administered him first aid until paramedics arrived on the scene.

He was taken to hospital, but, despite doctors’ best efforts, he was declared brain dead the following day.

He leaves behind 15 children and three grandchildren.

Tanya told local media: “I have his kids, I have my kids and then we adopted because we never had any of our own.”

She added that the family was “broken, very broken” and said of her late husband: “He was our everything.”

Family acquaintance Louise Florenz set up a GoFundMe page, writing in an update: “On July 6th, Daryl was tragically struck by lighting while on the side of the road with his disabled tractor trailer near Medina, Ohio.

“Bystanders and first responders quickly came to his aid. He was rushed to a local hospital and eventually transferred to a trauma centre in Dayton, Ohio.

“Medical staff worked around the clock to care for Daryl. Unfortunately, on July 7th, 2022, it was learned that Daryl had no brain activity.

“He leaves behind several children and foster children. Daryl and his wife Tanya had graciously opened their home and life and adopted children as well.

“With mounting medical bills, final expenses, and to help with future care for his family, we are asking for donations of any amount.

“Thank you for your time and consideration.”

Lightning kills about 20 people and injures hundreds more in the United States every year, according to the National Weather Service. 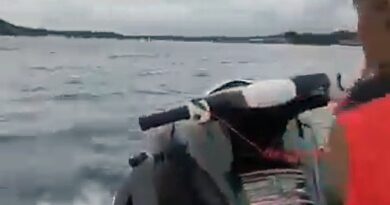 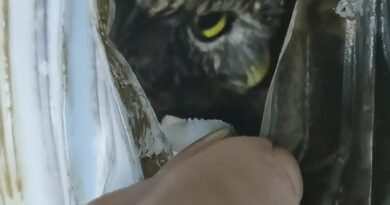 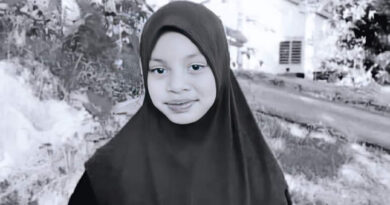 SHOCKING CALL: Girl, 12, Dies After Lightning Hits Home While She Was Using Phone