Try not to shudder as you watch the new arrival of several specimens of the world’s largest scorpion.

The emperor scorpions were recently born in Bioparc Valencia, the 25-acre zoo in the Spanish city of the same name, as reported in details sent to Newsflash on Thursday, 29th July.

The emperor scorpion (Pandinus imperator) is native to rainforests and savannahs in West Africa and is considered one of the largest species of scorpion in the world, with adults averaging about 7.9 inches in length and 1.1 ounces in weight.

The fascinating footage shows how the mother scorpion carries the vulnerable scorplings on her back to protect them, as their exoskeletons are not yet formed.

The young specimens are white and translucent in colour, in contrast to their mother, who is black and shiny and boasts two formidable claws and a long tail ending in a stinger.

Despite their fearsome appearance and menacing size, emperor scorpions are timid and their venom is only about as strong as a wasp’s sting.

Their gestation period lasts from nine to 14 months and, once born, they live for around six to eight years.

The scorpions are being kept in an enclosure of the zoo designated for arthropods and reptiles that has been constructed to recreate a giant fallen tree trunk.

They are living amongst other exotic species such as the Dumeril’s boa (Acrantophis dumerili), dwarf crocodile (Osteolaemus tetraspis) and the Goliath birdeater (Theraphosa blondi), the largest spider in the world by mass (6.2 oz) and body length (up to 5.1 in). 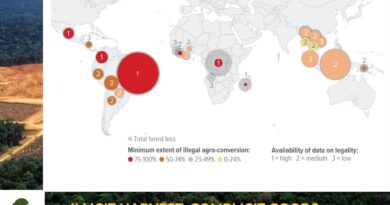 The Magical Moment Of A New Birth Of An Aardvark Baby