A woman has been arrested by police after she allegedly drove from Florida to her sister’s home in New Jersey with a boot full of guns and shot her dead with a bullet to the head in an argument about money.

The incident took place in Little Ferry, which is a borough in Bergen County, in the state of New Jersey, in the United States, on Tuesday, 22nd March.

Angielly Dominguez, 27, has been charged with murder after she allegedly shot her 21-year-old sister, named as Omelly Dominguez, in the latter’s home, according to Mark Musella, a Bergen County Prosecutor.

The Bergen County Prosecutor’s Office, which released a statement obtained by Newsflash, added that Angielly Dominguez is an unemployed woman from Jacksonville, Florida, and she was arrested on charges of “murder, possession of a firearm for an unlawful purpose, and hindering her own apprehension”.

The Little Ferry Police Department (LFPD) received a call reporting a stabbing at 7 Sandhill Court. When officers arrived, they found the 21-year-old woman, Omelly Dominguez, “deceased with a gunshot wound to the head”.

The accused was arrested the same day and was remanded at the Bergen County Jail pending her first court appearance, the date of which has yet to be set, and after being charged.

She was arrested by the New Jersey State Police, who detained her in Cherry Hill, also in New Jersey. She was reportedly driving her boyfriend’s white Mustang car at the time and the authorities found five firearms in the boot of the vehicle.

It is alleged that she stole her boyfriend’s car along with his firearms. She then drove nearly a thousand miles to her sister’s home and allegedly shot her dead in a dispute that is said to have been about money, reportedly according to the two sisters’ younger brother, who has not been named because he is a minor.

The young man reportedly heard the two sisters arguing before hearing a gunshot. He then entered the room in which the two women had been quarrelling and found Omelly lying on the floor with a gunshot wound to her head.

The police said that the accused is presumed innocent until found guilty but added that “an investigation conducted by detectives from the Little Ferry Police Department and the Bergen County Prosecutor’s Office Major Crimes Unit revealed that Angielly Dominguez shot her sister, Omelly Dominguez.” 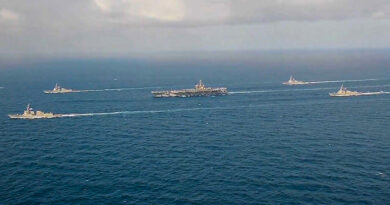 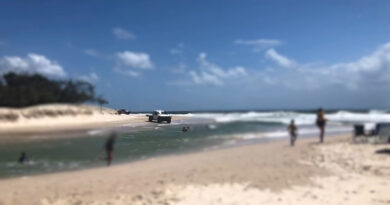 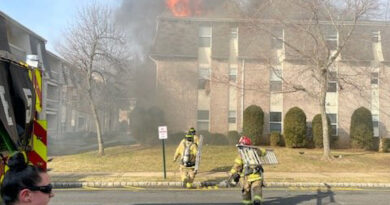