Four chicks of peregrine falcons, known for being the fastest birds in the world, have been born atop Barcelona’s best-known landmark, the Sagrada Familia.

The birds were born this spring in one of the towers of the Sagrada Familia basilica, designed by Antoni Gaudi and still unfinished.

Peregrine falcons (Falco peregrinus) went extinct from the Barcelona metropolitan area in the 1970s, due to the city’s growth and urbanisation.

However, there was another reason, according to Sergi Garcia, president of Galanthus, an organisation dedicated to the study and conservation of the natural environment.

Garcia, 55, told Real Press that the animals “were targeted and killed by pigeon breeders”.

Years after disappearing from the city, the authorities started a project to reintroduce the birds to the metropolitan area in 1999.

The falcons were purchased from legal breeders and let free in different parts of the city to breed on their own.

The environmentalist told Real Press that peregrine falcons are used to living in high places. “They live in cliffs and mountains, and in the city they look for similar places, so high buildings, and they prefer to be in quiet places.”

However, he said despite their love of quiet places, the Sagrada Familia birds appear to be an exception, as it is visited by thousands of people every single day.

Atop one of the towers, four peregrine falcon chicks have now been born. They have also been successfully visited by the Galanthus team, as they were seen to be suffering from parasites.

Garcia explained that “the chicks were badly infected, they had numerous parasites, and we gave them a product to combat them”.

Once the treatment was completed, the chicks were left again in their nest. According to the expert, “we try not to intervene in their lives”.

The new chicks are joining the 42 chicks that have been born in the Sagrada Familia since 2005.

Spring has been a fruitful time for the birth of peregrine falcons in the Barcelona metropolitan area, as 28 chicks have been born to 13 falcon couples in different parts of the city.

According to Garcia, it would have been more but “four of them died for unknown reasons”.

Garcia said there are falcons living in some of the most visited monuments of the city, such as the churches of Santa Maria del Mar and Santa Maria del Pi, and a building at the port of Barcelona, which can be seen in the footage.

The environmentalist said that the falcons have an important role in the ecosystem of the city, as “they help to maintain the balance”, adding that “as they are at the top of the food chain, they can control animals population, such as pigeons, turtledoves and parrots living in the city”.

He also commented that “if the falcons did not prey on those animals, there would be more of them in the city”.

The environmentalist also said that peregrine falcons are widespread, but they have been declared extinct in some parts of the world at different points in time.

In the United States, for example, falcons “almost disappeared” due to a product that was transmitted by insects and caused their egg shells to weaken, depleting the population.

Nowadays, the falcons are urban and inhabit some of the most important world cities, such as Rome and Paris, “adapting to the city”, Garcia explained. 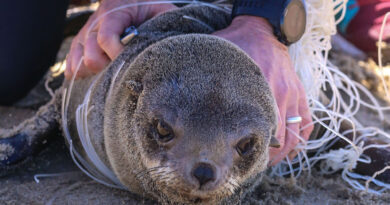 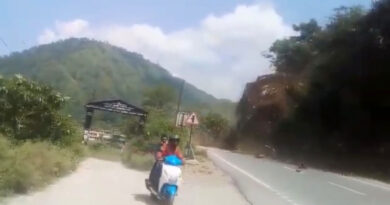 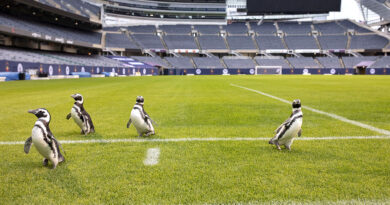