This is the moment Kent cops taser an arsonist after setting fire to a woman’s home and threatening cops with a hammer.

The Kent Police said Daniel Rutter set fire to a ground-floor home in the town of Edenbridge following a row with a woman he knew.

The police added: “Due to his extremely aggressive behaviour, he had to be tasered at the scene of the offence before he was safely detained.”

On 2nd July, Rutter was sentenced to four years in prison by Nightingale Court in Maidstone.

The police added: “He was also recalled to prison to serve a discretionary life sentence, imposed in 2000, for a serious assault committed outside of Kent. At the time he was sentenced to a minimum of seven years, with a life licence also imposed.”

The latest incident took place at around 12.30am on 25th April when Kent Police and Kent Fire and Rescue Service were called to a house blaze in Wellingtonia Way.

At the scene, Rutter was armed with two hammers and threatened to assault two firefighters before running back inside the burning building. He also used the hammers to smash a window.

Attending officers located him on the ground floor, prompting Rutter to run outside and swing a hammer at a cop. As a result, a taser was deployed to bring the situation under control.

The fire was then extinguished and no one was injured in the blaze. However, the damage was estimated to be around GBP 30,000 and two hamsters were found dead inside the property afterwards.

An investigation discovered that Rutter had been involved in a dispute with a woman he knew throughout the previous day.

He showed up at the property and used a cigarette lighter to set ablaze the curtains in the living room. 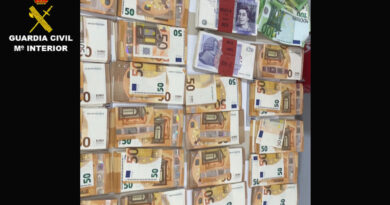 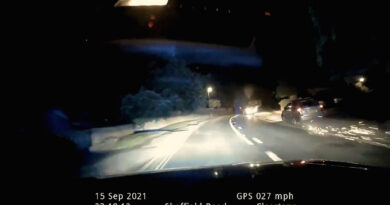