This is the moment a vet sets right a poor cat’s dislocated jaw after it yawned and was left with a permanent look of surprise.

The cat was treated at a veterinary clinic in the city of Taiyuan located in the landlocked Chinese province of Shanxi.

According to the news site Baidu, the cat was taken to the clinic by its owner after dislocating its jaw while yawning.

As a result, the wide-eyed cat was left with a constant look of surprise.

Veterinarian Dr Zhang reset the feline’s jaw and it is now in perfect health.

Dr Zhang said the cat’s injury could appear funny to some, but is actually very painful for the animal.

He added that as well as yawning, biting hard on food or suffering a blow may also dislocate a cat’s jaw.

The doctor said the cat may suffer a similar injury again and asked the owners to make sure they bring it in as soon as possible if so.

In the footage, the wide-eyed cat is seen with its mouth stuck open as the vet feels around its face.

The vet apparently locates the place where the animal’s jaw dislocated and resets it. Suddenly, the cat is able to close its mouth again. 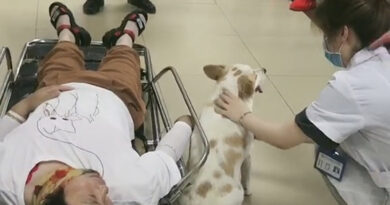 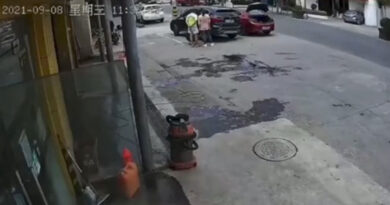 Bad Driver Crashes Into Wall, Reverses Into Parked Cars And Takes Off Into Building 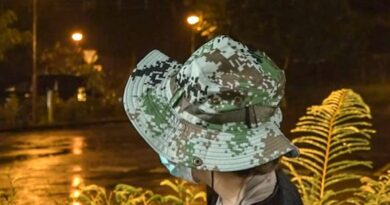