This is the moment a humanitarian NGO films the Libyan Coast Guard chasing a migrant boat trying to reach Europe and firing gunshots at it while in Maltese waters.

Sea-Watch International shared the video on social media on 1st July, after filming the incident overhead from their plane the day before, with the message: Yesterday #Seabird witnessed a brutal attack by the so-called Libyan Coast Guard deep in the Maltese SAR zone.

“Our video shows: Shots have been fired in the direction of the boat, the so-called Libyan Coast Guard tried to ram the boat several times and threw objects at people.”

The NGO, whose members were flying over the area on an observation mission, added that the Libyan maritime authority was shooting in the vessel’s direction to prevent it from crossing the Mediterranean Sea into Europe.

In the footage, the Libyan Coast Guard appears to be chasing and trying to ram a blue wooden boat carrying at least two dozen migrants.

The Coast Guard chases the vessel in circles and at one point fires gunshots in its direction.

According to the NGO, the chase took place in international waters that fall under Malta’s search and rescue responsibility.

Sea-Watch International added that the Coast Guard fired at least twice in the boat’s direction, hitting the water nearby, and came close to ramming the vessel multiple times.

The humanitarian group contacted the Libyan Coast Guard by radio to explain that they were filming the chase and that they were endangering the lives of the people onboard.

In broken English, the Coast Guard said that they were trying to rescue those onboard the vessel.

Felix Weiss, head of airborne operations at Sea-Watch, said: “These manoeuvres that we have seen yesterday could easily kill persons, like easily. Every one of us is really wondering how no one has died yesterday.

“What is new and what is really outrageous in my point of view is, as I said, that Malta allows it (to happen inside its SAR zone).”

The NGO said that its plane ran out of fuel and had to turn back before the pursuit ended.

They added that they later received reports that the vessel had arrived on the Italian island of Lampedusa on the morning of 1st July.

The Libyan and Maltese authorities have yet to comment on the incident.

The EU supports the Libyan Coast Guard with intercepting migrants attempting to cross the Mediterranean into Europe.

Admiral Fabio Agostini, head of the European Union Naval Force Mediterranean Operation IRINI, said: “I believe that the best way to stop illegal immigration, to contribute to the dismantling of these human smuggling models, is to train the Libyan Coast Guard, the Navy, just because we need to let them be more autonomous in dealing with security issues in their water of responsibility.”

According to reports, up until 26th June, nearly 15,000 migrants have been intercepted by the Libyan Coast Guard and taken back to shore so far during 2021.

At least 723 people have either died or disappeared taking the route so far in 2021. 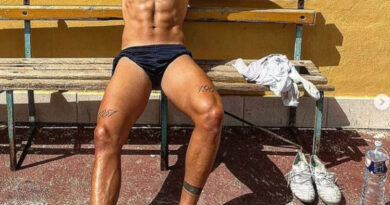 OFF HIS NET: Obsessed Dumped Football Star Battered Lover To Death With Hammer 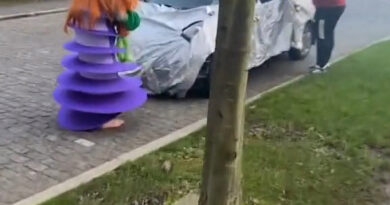 Moment Viral TikTok Soundbite Okay I Like It Picasso Is Created 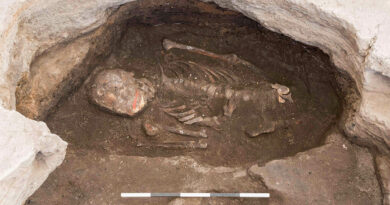