This is the moment residents help rescue a Chinese motorist who reversed straight into a river.

The incident was filmed in the city of Huzhou in the Chinese province of Zhejiang on 27th July.

A driver accidentally reversed into a river and dozens of residents worked together to make sure the driver’s vehicle did not get swept away by the currents, and that he got out and back on dry land safely.

Locals threw a rope to the stranded driver so they could pull the car close to the embankment and prevent it from drifting.

The kindhearted group then helped the man climb up the embankment wall to street level.

In the footage, dozens of people are seen walking along the embankment, following the path of a black car bobbing in the river.

Connected by a rope, the car is kept close to the embankment wall by residents at street level trying to prevent it from being swept away by the currents.

The group apparently guides the car towards a jutting wall which stops the floating car in its tracks.

The driver then exits the car and climbs up the wall with the help of kindhearted residents, some of whom had waded into the murky water or suspended themselves on the other side of the fence to assist. 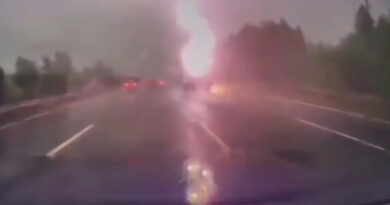 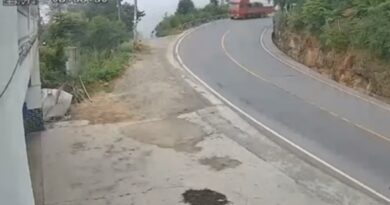 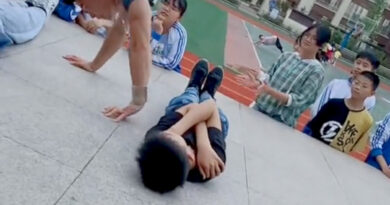