Officers from the Flagler County Sheriff’s Office arrested a man accused of aggravated assault after he was reported for firing weapons in his backyard.

The incident began when the Flagler County Sheriff’s Office responded to a weapons complaint in the area of Seasbury Place in Palm Coast Flagler County, Florida on 21st of July.

According to a neighbour, a man fired a pistol into the ground right in front of his house. The neighbour also mentioned that a similar incident happened a couple of days ago.

The police were not able to contact the suspect, identified as Oleksandr Podolskyy. However, they contacted a family member who was able to successfully make contact with him. It was reported that when the family member spoke with Oleksandr and advised him to speak with the law enforcement he became very upset.

The police found out that the suspect initially fired his weapon on the 18th of July. Once he was warmed by a neighbor about it he replied “Let me tell you something, I like guns and I like to fight, you understand me?”

Several days later (27th July), the police responded to a call regarding a possible domestic disturbance that occurred the previous night in the Seasbury Place.

The female victim explained that Oleksandr was very agitated for an unknown reason. Although the victim attempted to calm him down, after an argument he decided to leave and went to a gas station. When he returned to the residence another argument occurred and Oleksandr left again.

He returned once more, but this time he physically attacked the victim. After the attack, he took her phone and said she was not allowed to contact anyone.

The victim explained that Oleksandr walked around the residence holding a weapon and after the second quarrel he tapped the weapon against the victim’s head, several times, as he threatened to kill her.

The following morning the victim was able to leave the residence and contacted the police.

After the report, officials checked to make sure that Oleksandr did not leave his house. A search warrant and arrest warrant were obtained by the police.

The police were able to arrest Oleksandr Podolskyy who was then to the Sheriff Perry Hall Inmate Detention Facility. He’s being charged with Domestic Battery, Aggravated Assault with a Deadly Weapon, and Tampering with a Witness.

Sheriff Rick Staly said. “This situation was very dangerous for the victim, neighbors and deputies.”

“This guy had multiple firearms he was unlawfully firing and then decided to assault a victim and threaten to kill her. The SWAT team did a phenomenal job planning and executing this operation, with the understanding that this guy had threatened law enforcement. I’m glad no one was hurt and I hope the Judge’s keep him locked-up before he hurts someone. Domestic violence is not tolerated in Flagler County and I’m thankful the victim had the courage to report the assault.” 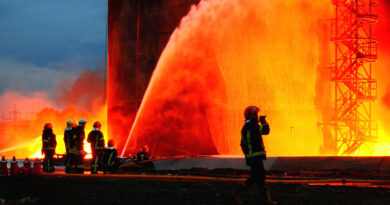 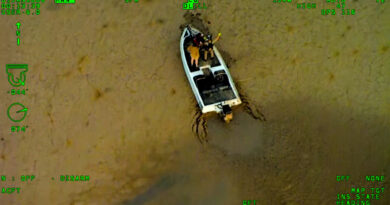 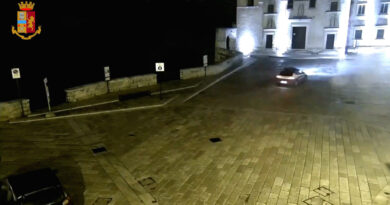 BRIDE RESCUE: Bride Who Threastened To Jump Into Ravine During Honeymoon After Quarrel With Groom Rescued By Cops