This is the moment brave police officers in Mexico City rescue a trapped kitten from a burning building, reportedly a mayor’s office, after they evacuated about 35 people.

The images show police officers rushing back and forth with buckets and filling them with water before tossing them at the burning building while they await the arrival of firefighters.

The footage shows flames gushing from the mayor’s office in the borough of Benito Juarez, in the Mexican capital city of Mexico City, according to the local police, from whom Newsflash obtained the footage and a statement.

The images also show the police officers rescuing the cat from inside the burning building. The building can be seen full of smoke and the officer who rescued the cat can be seen wearing a coronavirus face mask in guise of protection.

The police said on Saturday, 19th March, that emergency service workers and police officers “attended the emergency of a fire and rescued a kitten that was trapped in a building at the Mayor’s Office of Benito Juarez”.

The Mexican Secretariat of Citizen Security said in a statement, also obtained by Newsflash, that “Members of the Banking and Industrial Police (PBI) of the Secretariat of Citizen Security (SSC) of Mexico City, coordinated emergency support to put out a fire in a property located in the streets of the Benito Juarez mayor’s office, where they rescued a kitten left inside the building.”

They also said that rescuers had evacuated “around 35 people with the support of neighbours who provided buckets of water.”

They added that an unnamed 63-year-old man told rescuers that his pet cat had been left inside one of the buildings, which led a brave, unnamed officer to enter the burning building to retrieve the cat.

The officer emerged “after a few minutes” with the “kitten in his arms”.

Firefighters subsequently arrived on the scene and the fire was brought under control and put out.

The authorities also said that a second kitten was retrieved from the house, but it was later pronounced dead by a vet due to smoke poisoning.

The authorities also said that no humans were injured in the blaze. It is currently unclear how the fire started and it is believed that the authorities are investigating. 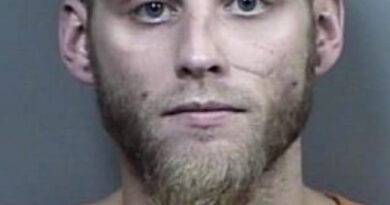 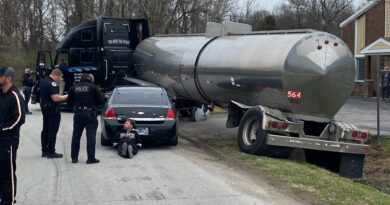