This is the sad moment a street vendor suddenly falls ill and collapses on the ground as other traders and passersby just look at him and do not lift a finger to help.

The incident was filmed at a market in the Chinese megacity of Chongqing, and the footage has been widely shared on the social network Douyin.

In the video, the vendor is seen checking his phone while standing next to his products as shoppers pass in front of him.

The man then suddenly starts swaying on his feet before collapsing on his goods.

Two passersby simply regard him on the ground before carrying on their way while nearby traders crane their necks to look, but offer no help.

The camera pans out and dozens of people are seen looking at the man, but carrying on with their business. One man chats with the trader next to the unconscious vendor just a metre away.

For the remainder of the one-minute video, dozens of people walk past the collapsed man and see him motionless on the ground, but apparently do not offer any assistance.

It was not revealed what was wrong with the man or what happened to him afterwards. 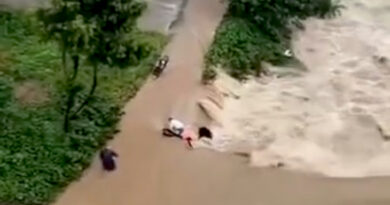 Hero In Black Saves Biker From Being Swept Away By Floodwater 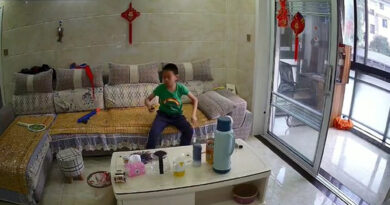 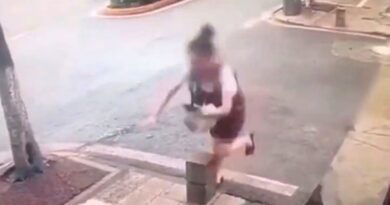