This is the moment a huge carp jump straight into the waiting arms of a fisherman on the bank as others try to net the leaping fish.

The incident was filmed at Heping Reservoir in the city of Tonghua in the Chinese province of Jilin, and the footage has been widely shared on the social network Douyin.

The fish were silver carp and bighead carp that mainly feed on algae and plankton in the reservoir.

According to the news site Baidu, the reason for the fish jumping out of the water is due to the rising water and ammonia levels at the reservoir.

However, carp also jump to stabilise their swim bladders when changing depths.

When a carp travels towards the surface from deep down, the pressure on its swim bladder increases and so by jumping out of the water and expelling air from the bladder, the pressure is relieved.

In the footage, dozens of large fish are seen jumping high out of the water as people line the bank.

One man with a net appears to be trying and failing to catch the leaping fish, while the heavyset man next to him proudly shows a carp that had literally lept into his arms. 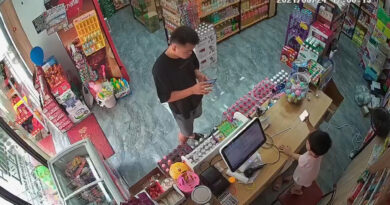 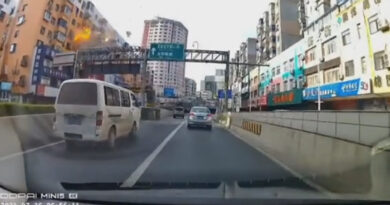 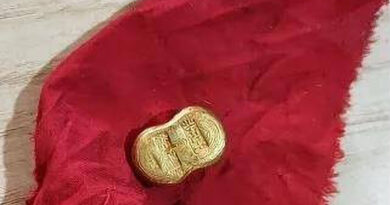 Man Takes Dumped Sofa Home, Finds Gold Nugget And Wad Of Cash Down The Back