This is the moment a restaurant ‘guard cat’ catches a rat in front of stunned diners and coolly walks out with it in its mouth.

The ‘Tom & Jerry’ moment was filmed in a restaurant in the city of Luzhou in the Chinese province of Sichuan on the evening of 21st August.

In the footage, several people are seen enjoying dinner as a restless cat stalks something outside.

A rat then runs into the restaurant with the cat following close behind. In front of stunned diners, the nifty feline catches the rodent and promptly leaves with it in its mouth.

A man gets up from the table and walks to the entrance to watch the cat walk away with its prey, scratching his head with his chopsticks.

The restaurant owner, name not reported, said he has been raising his female cat for over three years and that it recently gave birth to a litter of kittens.

He added: “This time she caught a rat while customers were eating. They didn’t immediately notice the rodent, they just thought the cat pounced on something quick and went out.”

He said he rewarded the cat with a juicy chicken leg for her good work.

He told local media that the restaurant suffered a fire recently and thoughtful local residents donated tinned cat food for his pet.

However, he had to point out to the Good Samaritans: “My cat only loves raw meat and hates cat food, so I declined. I rewarded her with a nice chicken leg, also raw.” 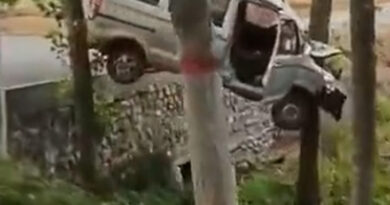 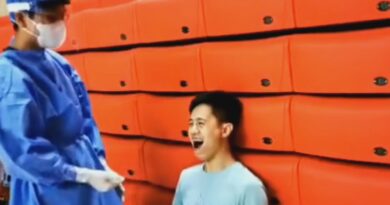 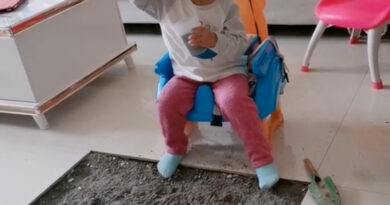