This is the moment a considerate girlfriend gives her feller a piggyback ride on a rainy day to avoid his new shoes getting wet.

The clip was filmed outside a college in the city of Changchun located in the north-eastern Chinese province of Jilin, bordering with North Korea.

The video was shared on the Chinese social network Douyin where netizens praised the girlfriend for her considerate gesture.

Netizens said the woman was worried about her boyfriend’s new shoes getting wet in the rain so she offered to carry him across the car park to his dormitory on her back.

In the footage, the girlfriend is seen turning to the camera with her boyfriend on her back on a rainy day.

As the man holds an umbrella above their heads, the girlfriend secures his legs and starts scurrying through the car park.

Lightning flashes as the couple make their way to the far end of the car park while the man keeps his new shoes safely away from the rain-covered ground.

At one point, the considerate woman has to pause to reposition her lover on her back before continuing on their way.

At the end of the clip, the couple passes another student who turns their head to watch them rush into another building. 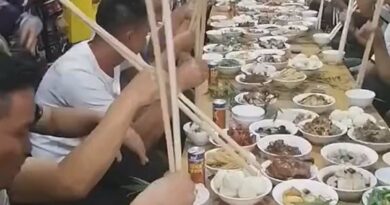 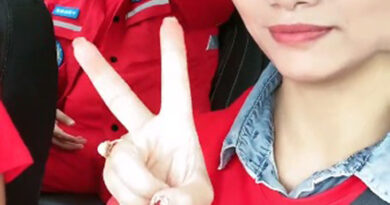 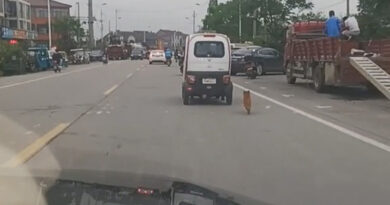