A new study in France has revealed that nearly 75 percent of police officers intend to vote for Marine Le Pen’s far-right political party, the Rassemblement National, at the next elections.

The revelation comes as French police officers protest today (WED) in front of the National Assembly, demanding better protection from attacks they face.

While they have been strongly criticised by the press and the public for being too aggressive during protests, violence against officers has been on the rise in France, with one officer named as Eric Masson killed in a drug raid in the city of Avignon, and a female officer named as Stephanie Monferme fatally stabbed in an attack that investigators have said was a targeted, terrorist attack carried out by Islamists.

The new study has just been released by CEVIPOF (Centre de recherches politiques de Sciences Po), a prestigious medical research centre at the elite ‘Sciences Po’ (officially the Paris Institute of Political Studies) higher education school that has traditionally turned out the vast majority of the country’s political class.

This figure of 75 percent applies to active police officers, dropping to an average of 60 percent if retired officers are included, with 51 percent of that group intending to vote for her.

In 2017, in comparison, 57 percent of police officers and members of the military said that they had voted for Marine Le Pen in the second round of the French elections that saw Emmanuel Macron elected president of the French Republic, according to the study.

Luc Rouban, 63, the French political scientist in charge of the study, is quoted in French media outlet L’Opinion as saying about the figures: “It’s 60 percent minimum.”

This is when educated members of the police and the military, as well as high-ranking military officers and retired police officers, are taken into account. He explained the disparity between active police officers and retired ones by saying: “There is a strong disparity because the vote is linked to the level of education and the police environment remains divided between commissioners and officers.”

French media outlet France Inter quote a 38-year-old police officer named as Cyril Hemardinquer as explaining this apparent increase by saying that his colleagues are ‘fed up’.

He added that this is due to “assassination attempts, delinquency and popular vindictiveness.”

He also said: “As soon as the government takes directives that do not please a portion of the population, they attack the police officers. After a while, the policeman gets a little fed up and turns to a politician who is ready to take into account his human, material and financial distress.”

He added: “Today, it is Marine Le Pen who is doing it, but if it was the PCF [Parti Communiste Francais; the French Communist Party], maybe the police officers would vote for the communists.” 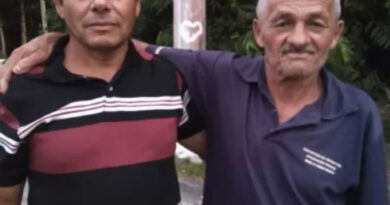 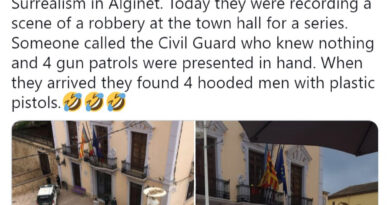