The Los Angeles Police Department released a video of an Officer-Involved Shooting. The incident occurred in the Topanga Division in Los Angeles, California on 29th of May. According to the police, the LAPD Topanga Patrol Division received a call about an armed person who assaulted another man. The comments of the police radio call stated the suspect, threatened a victim with a handgun. When officers arrived at the location, they located the suspect in the parking lot of a shopping center. Officers immediately shouted commands, to which the suspect refused to comply. Instead, he pointed his weapon at the officers which resulted in an Officer-Involved Shooting. The suspect, later identified as Patrick Colby, was not struck by the gunfire and was arrested on the scene. A handgun was recovered from the incident scene which was booked as evidence. Neither the suspect nor the officers were injured during this incident. Patrick Colby was booked into an LAPD jail facility. The investigation continues. 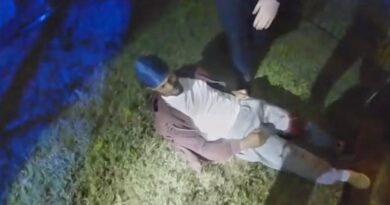