This is the moment a speeding driver evades a night traffic stop and reportedly hits an officer.

The incident took place in Centreville in Fairfax County in the US state of Virginia in the early hours of 31st July.

The Fairfax County Police Department (FCPD) have appealed for information about the driver of a sedan who hit a cop during a traffic stop.

The police said the black four-door sedan, believed to be a Honda, failed to stop and hit the cop in the lower body.

The officer was hospitalised after the incident with non-life-threatening injuries.

Meanwhile, the police said the car may have damage on its bumper or wing mirror and that the driver was last seen heading southbound towards Prince William County.

The Fairfax County Police Department said in a statement: “Do you know the driver of this sedan who hit our officer? Around 2.15 am this morning (31 July), an officer was on a traffic stop in the area of Centreville Road and Compton Road in Centreville.

“The driver of a black four door sedan, believed to be a Honda, failed to slow for the traffic stop and struck one of our officers in the lower body as it passed.

“The officer was taken to the hospital with injuries not considered life-threatening. The car may have damage to its passenger-side mirror or bumper.”

The police are asking members of the public to come forwards with information by contacting the Sully District Station or anonymously through Fairfax County Crime Solvers, adding that “tips can also be submitted anonymously”:

Facebook user ‘Beau White’ commented: “Hopefully when you guys catch him/her, you throw the book at them! Make an example out of whoever it may be! I run a heavy-duty wrecker and I’m on the side of this everyday 4-5 times! It’s definitely a dangerous job!”

Netizen ‘Nada Baher’ wrote: “Get that driver fast please. Should not get away with this.” 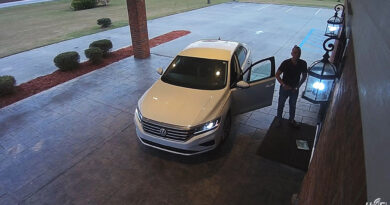 IN GOD WEE TRUST: Man Drove Over Lawn To Pee On Church Doors 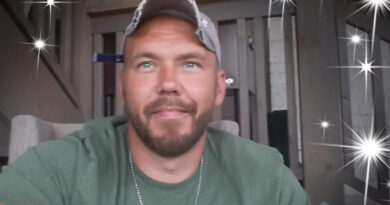 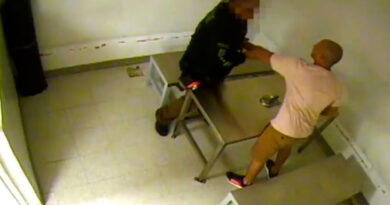