This is the moment Russian soldiers send a flurry of missiles at Ukrainian coastal targets.

The Russian Ministry of Defence (MoD) said on 20th April: “Launch of high-precision cruise missiles by the crew of the Bal coastal missile system.”

In the footage, a launcher vehicle is seen shooting a flurry of missiles into the night sky from a ground position on the coast.

The Russian military did not specify when or where the strikes took place.

The Bal Coastal Defence Missile System, also known as the Zvezda Kh-35, can be launched from ships, helicopters or coastal positions and is designed to attack enemy vessels of up to 5,000 tonnes.[

Today marks the 56th day of the invasion. From 24th February to 20th April, the total combat losses of Russian troops stand at 20,900 personnel, according to the General Staff of the Armed Forces of Ukraine. 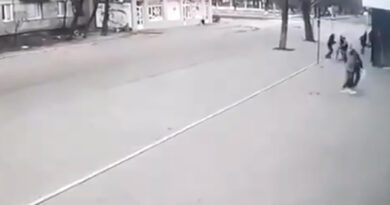