Video of the attack shows Russian troops and armour dug into what looks to be a natural escarpment in the landscape.

But within a few minutes, the position is turned to smoke and fire as the Russian troops abandon their military hardware to escape the bombardment.

Several soldiers can be seen fleeing on foot as fire rages in the camp behind them.

Trucks and armoured vehicles can be seen apparently abandoned in the scramble to escape.

And plumes of smoke can be seen belching from the position as the shells rain down on the positions.

Newsflash obtained the video from the 28th Separate Mechanised Brigade named after the Knights of the First Winter Campaign yesterday (Sunday, 15th May).

The brigade said: “This is how such a striking solo was ‘played’ by our knightly artillery on the identified enemy positions.

“The racists were so impressed by such masterful execution that they fled faster than their ACS Hosta [self-propelled artillery] burned and detonated ammunition.”

The brigade, which is a formation of the Ukrainian Ground Forces, did not reveal where in Ukraine the footage was filmed.

It initially said the operation was to “demilitarise and denazify” Ukraine.

Today marks the 82nd day of the invasion.

This update comes as Ukrainian officials say troops counter-attacking near Kharkiv in north-eastern Ukraine have reached the Russian border.

The symbolic moment comes as Russian forces focus their efforts on the eastern Donbas region and southern Ukraine.

NATO Secretary General Jens Stoltenberg has said the Russian invasion is not going to plan and that Ukraine can win the war.

Ukrainian officials have also said that 3,000 or more residents of devastated Mariupol are being held in a so-called ‘filtration camp’ in occupied Donetsk Oblast.

Russian filtration camps have been compared by some of the displaced Ukrainians held within them to concentration camps.

Meanwhile, fast food giant McDonald’s has said it will exit Russia and has already started a process to sell its business there after 30 years of operation in the country. 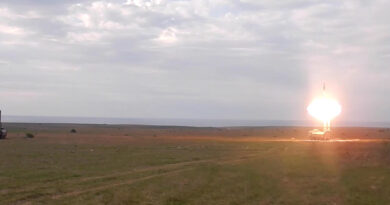 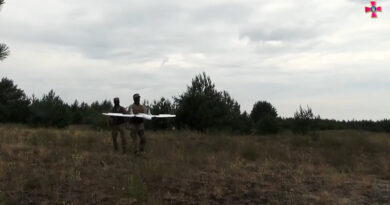 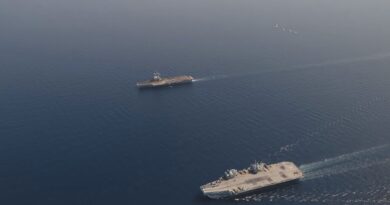