This is the shocking moment a woman falls out of the open door of a moving minibus in Turkey.

The victim Meryem Ozkirac, 41, fell out while travelling on the minibus in Tarsus in the southern Turkish province of Mersin earlier this month.

She fell through the open door of the moving bus and suffered serious injuries, later passing away in hospital.

In the footage, the victim, wearing a red top, is seen holding onto a handrail as the minibus door remains open.

Ozkirac then starts to carefully walk towards the exit and uses the next handrail along to balance herself before stumbling and missing the subsequent handrail.

She then falls straight out of the open door and crashes onto the tarmac.

A female passenger is seen turning her head just as the victim disappears through the door and then looks straight ahead with a shocked expression.

The driver pulls over and closes the door as several passengers get to their feet to check on the fallen woman.

Ozkirac was first taken to Tarsus State Hospital and then to Mersin City Hospital in the same minibus, according to local media.

Despite the doctors’ best efforts, she reportedly died in hospital later that evening.

A police investigation into the incident is ongoing. 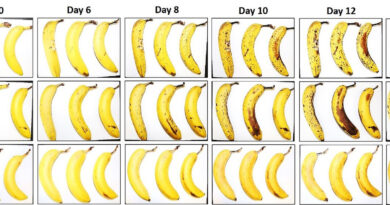 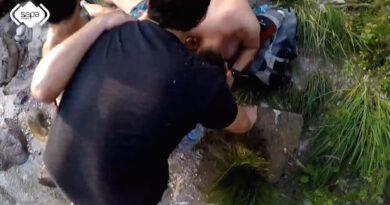 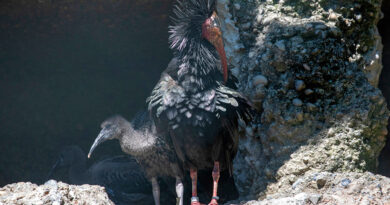