This is the moment a man rams a school bus driven by his wife and allegedly fires at her while a six-year-old boy is inside before he is promptly shot and killed by cops.

The incident took place in the city of Buena Park in Orange County in the US state of California on 3rd September, and the police shared the footage on social media on 18th November.

“A video release is standard after an officer-involved shooting or other critical incidents. A warning, police videos, including this one, contain graphic footage and are not suitable for children or those who may be sensitive.”

The video shows the suspect intentionally ramming a school bus with his SUV before the driver, reportedly the man’s wife, manages to escape.

The suspect is then shot dead after ramming a parked car at the bus depot and exiting his SUV with his gun raised.

At one point during the chase, the suspect reportedly jumped out of his vehicle and starting shooting at the bus, which had a six-year-old passenger inside.

The police named the suspect as Cedric Baxter, 60, and confirmed that he was killed at the scene.

BPPD spokesperson Sgt. Chad Weaver said: “The investigation revealed that this was not a random act, but the school bus driver was Mr. Baxter’s wife and he intended to murder her.”

The bus driver and the young passenger were unhurt in the incident.

The local authorities said the investigation is ongoing and could last as long as a year. 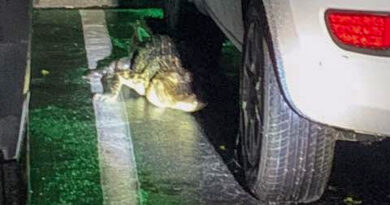 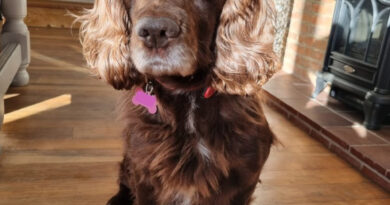