A dancer shot down in the crossfire of a drug gang battle has amazed medics as she fights back from multiple gunshot wounds.

Virginia Ferreyra, 32, and her 58-year-old mother had been waiting at a bus stop in Rosario, Argentina, when they were hit by a hail of bullets.

But while Virginia survived and is now fighting for life in a hospital intensive care unit, her mother Claudia Mercedes Debbio died.

Claudia had been shot in the head, chest, back, legs and arms in the drive-by.

But Virginia astonished doctors after receiving gunshot wounds to her chest, abdomen, groin and arms.

Nestor Hage – president of the institution where Virginia works as a dance and PE teacher – told local media: “Virginia is alive because she has the body of an athlete, she is young.

“She received many bullet wounds, which caused a lot of damage, especially to her stomach and other vital organs.”

Due to the seriousness of her injuries, Virginia was taken to Clemente Alvarez Emergency Hospital, where she underwent surgery.

She was last reported to be in a coma on a mechanical ventilator in the ICU.

Virgina is director and dance instructor at the Lebanese Society of Rosario, where she has been teaching Oriental dance for 10 years.

Her last medical report said that the first hours after her operation “were positive and showed some beneficial signs”.

Her condition, however, remains “very serious”.

A 16-year-old boy also caught in the crossfire was treated for two gunshot wounds to his right leg after the shooting on Saturday, 23rd July.

Local media reported that the three victims had been caught up in what looks like a turf war between rival drug gangs.

The shots had been fired from two different cars and police recovered a number of shell casings from the crime scene.

Local media reported that Claudia had accompanied her daughter to the bus stop specifically because she was concerned about violence in the area. 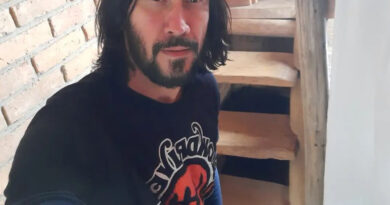 GOT ON HIS WICK: Keanu Lookalike Wins Compo After Facebook Axed His Page 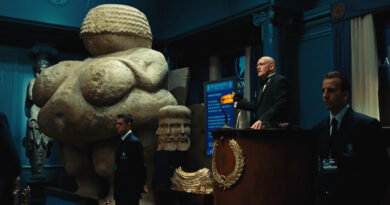 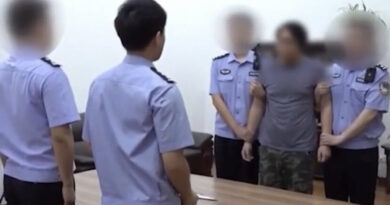