Thugs who slaughtered a lost bear cub as it walked beside a busy road have been seized by police in Russia.

Police say the young bear was shot, butchered and then set on fire by three men in a pickup truck as it tried to hide in a ditch.

In a final insult, they dumped the animal’s remains in a rubbish bin.

Video footage – apparently filmed by the thugs – shows the bear beside the road near Nefteyugansk, Khanty-Mansi Autonomous Okrug-Yugra, Russia.

As it tries to find a path away from the traffic, a pickup truck pulls over to the kerb and begins stalking the distressed bear.

Then, as the truck comes to a halt, a man can be seen carrying a gun as he walks toward the doomed creature.

Police later seized the three suspects and confiscated a mini arsenal of weapons and ammunition.

A police video shows a shotgun and a military assault rifle surrounded by boxes of cartridges.

The Ministry of Internal Affairs of the Russian Federation said on 2nd August: “In Khanty-Mansi Autonomous Okrug-Yugra, police officers in hot pursuit detained several suspects for killing a bear.

“In the shortest possible time, the police located and detained the suspects for carrying out this unlawful act.

“They were three local residents. They admitted that they took the carcass and butchered it, after which the animal remains were burned and thrown into a rubbish bin.

“Investigators of the Ministry of Internal Affairs of Russia for the district of Nefteyugansk initiated a criminal case under the second part of Article 258 of the Criminal Code of the Russian Federation.

“The firearm from which the shots were allegedly fired and the suspects’ vehicle have been confiscated.”

The ministry added: “Currently, all the circumstances of the incident are still being established.” 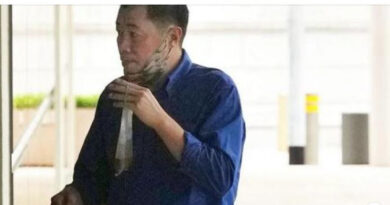 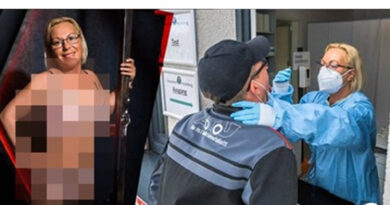 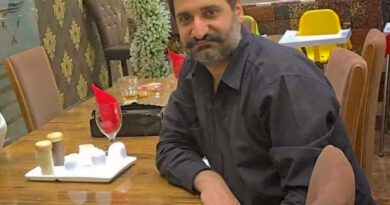