These images show two police dogs that are recovering after they were shot by an armed carjacker in Florida but continued to attack him despite the injuries.

The incident took place in Volusia County, in the south-eastern US state of Florida at 11:30 pm on Friday (10th September).

The police had received a call reporting a carjacking from a Lyft driver, whose fare had pulled a gun on him upon arriving at their destination, and forced the driver of the white Kia Sedona minivan out before stealing the vehicle.

The police later located the minivan, abandoned near a wooded area.

Law enforcement from different agencies took part in the manhunt during which the two K9 dogs were shot. The suspect was named as Shedrick Singleton Jr., 21.

The injured dogs have been named as K9 dogs Ax and Endo.

A statement from the Volusia sheriff’s office said: “Two Volusia Sheriff’s Office K-9s are recovering from gunshot wounds after an armed carjacking suspect hiding in the woods in Deltona opened fire on them in two shootings over the course of about two hours early this morning.

“The suspect, 21-year-old Shedrick Singleton Jr. (DOB 2/3/2000), was wounded by deputies who closed in and returned fire around 2:20 a.m. at the scene off Lake Helen Osteen Road and Capri Circle, near Deltona Gardens Apartments and a Lowe’s store.

“K-9 Ax, who was shot in the side of his face in an initial shooting shortly after midnight, was rushed to a veterinarian by his handler, Deputy A.J. Davis. K-9 Endo, who was shot in the paw and the chin in the second shooting around 2:20 a.m., was rushed to another vet clinic by his handler, Deputy Brett Whitson. There were no other injuries in the incident.”

Sheriff Chitwood said: “There is no doubt that K-9 Ax and K-9 Endo took bullets that were meant for my deputies.”

He praised the bravery of the dogs, which “had to be pulled away from the suspect even after they were shot.”

The Sheriff added: “If the deputies would have gone into the woods, the first person to come in contact with Singleton, without a doubt, would have been shot.”

The investigation is ongoing and the suspect faces charges including armed carjacking and using a deadly weapon against a police dog. 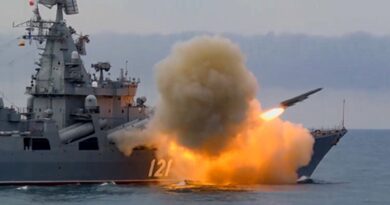