A kinky bodybuilder who dumped his sex doll wife for two new plastic partners has baffled holidaymakers by taking one of them on honeymoon.

Kazakh muscleman Yuri Tolochko, 37 – who is so sexual he once dated a metal ashtray – took his new favourite Luna on a luxury trip to Slovakia.

To the astonishment of other guests at the luxury hotel in Bratislava, the distinctly odd couple insisted on being treated like any other couple and shared their meals in the open-air restaurant.

In one selfie video, Yuri and his silicone sex doll are seen at the restaurant table as they’re both served lunch.

Without batting an eyelid, the stony-faced waiter serves up a meal for two at the al fresco table.

Then – following the meal – Luna is seen with a cup of coffee perched on her lap, hopefully not too hot to stop anything vital from melting.

Yuri said: “When we travel and have dinner at this time in a restaurant, I often order tiramisu, apple strudel and something else.”

But Yuri says he’s amazed at how local people gave Luna such a warm welcome.

He explained: “This is a very beautiful city. The city combines beautiful old buildings and stunning nature.”

Yuri told how many found Luna a turn-on.

He said: “Some had a huge sexual interest.

“We were photographed, filmed on camera. I was interviewed by local TV.

“Several times I exposed Luna’s breasts and kissed her in front of people. They were very surprised.

“In general, I like it when Luna and I give people joy, make a holiday for them.”

The bodybuilder was amazed by the number of people who approached him in Slovakia.

He said: “Many people know me there. For example, few people knew me in Bulgaria.

“It seems to me that people there are more focused on local news and do not always follow what is happening in the world, while in Slovakia, on the contrary, they closely follow world news.”

Of course, like any girl on honeymoon, says Yuri, Luna wanted to go on a shopping spree for a trousseau.

So he bought her a striking new blue-green wig and new outfits.

Yuri said: “She is so good, I like it. She also had a new emerald dress sewn on. It’s wonderful too.

“It may seem strange but Luna has her own character. And when she doesn’t like something, she becomes uncomfortable.”

He admitted: “I shot dirty videos, I sat naked in the men’s public toilet.”

Yuri even told how he sniffed urinals to get his kicks.

The only close call came, though, was when airport security officials found his sex toys in his hand luggage.

He admitted: “This constantly raised questions.”

In order to make it up to Lola – the second sex doll wife who stayed at home – Yuri made a new video with her when they got back.

“In addition to traveling, there are many posts on Instagram where there is me and Luna (but not Lola).

“I don’t want her to be offended.” 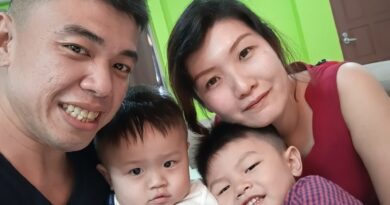 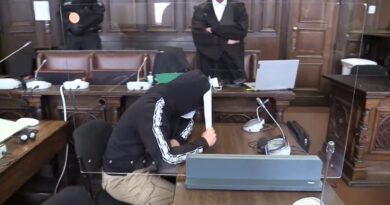 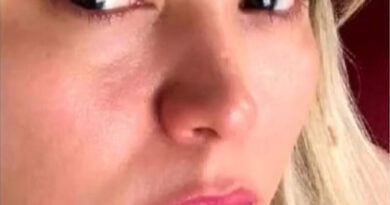 Lover, His Friend And Nanny Accused Of Beating Woman To Death And Incinerating Body In Steam Boiler To Hide Affair