This stunning businesswoman known as ‘The Human Barbie’ has revealed the secret to her success is her ability to enter into her own little fantasy world.

Marcela Iglesias, 42, moved from Buenos Aires, Argentina, to Los Angeles when she was a 22-old single mother after escaping from an abusive relationship.

Over the next decade, she reinvented herself as a life-size version of the popular Mattel doll while working odd jobs as an illegal immigrant and rubbing shoulders with celebrities like Hugh Hefner.

The self-dubbed ‘Queen of Hollywood’, who raised her son alone, was then granted residency in the US as a victim of gender violence and created Plastics of Hollywood, a lifestyle brand that features ‘human dolls’ who wish to show off their surgical procedures.

The self-made millionaire told local media: “I like to characterise myself as The Human Barbie, but I do not feel like a doll nor was I born in the Mattel factory.”

She clarified: “I am not a cyborg.”

“I’m just a woman who armed herself with her own fantasy world.”

She said her husband Steven Berman suggested that she open an OnlyFans account: “He said I should do it so my fans could communicate with me and invest some money if they wanted my expert advice.”

“She never wanted to buy it for me.

“I went from the only child who had no one to play with to this 42-year-old woman working to create her own reality.” 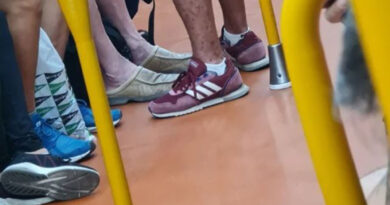 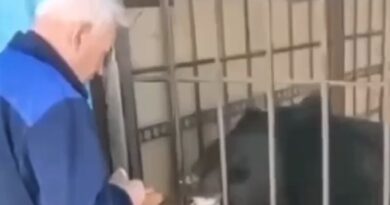 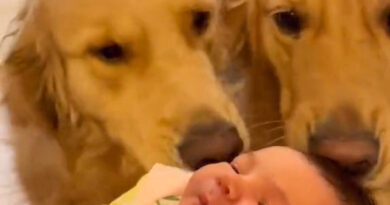 PUPPY LOVE: Devoted Dogs Lavish Baby With Kisses As They Welcome Her To Family