A shocking Kremlin video apparently showing the bodies of dozens of dead Ukrainian soldiers in an overrun stronghold has been released by Moscow.

The footage shows bodies scattered among rubble and weapon of what seems to be part of a coastal defence.

The brutal images released by the Russian Ministry of Defence (MoD) this morning (27th April) had the message: “Destroyed fortified area of Ukrainian nationalists and the Armed Forces of Ukraine.”

The Russian military said the stronghold was equipped with firing points and an extensive network of trenches.

The Kremlin claims to have asked the Ukrainian unit to surrender before blitzing the position with artillery fire.

Moscow claims around 30 troops died in the onslaught while others, says the Kremlin, fled.

The grim footage shows bodies surrounded by military hardware, but Russia would not give the location of the attack or the date.

Meanwhile, President Putin has reportedly agreed “in principle” to the evacuation of civilians from the Azovstal steel plant in Mariupol by representatives of the United Nations and the International Committee for the Red Cross.

The Russian leader made the concession to UN Secretary-General Antonio Guterres during a meeting in Moscow.

Russia invaded Ukraine on 24th February in what the Kremlin called a “special military operation”. Today marks the 63rd day of the invasion.

From 24th February to 27th April, the total combat losses of Russian troops stand at 22,400 personnel, according to the General Staff of the Armed Forces of Ukraine.

US Secretary of State Antony Blinken said Russia is failing in all of its war aims in Ukraine following his short visit to the besieged country. 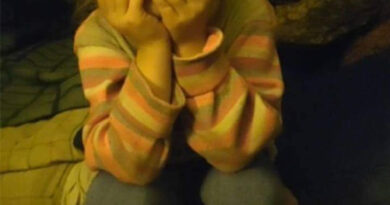 I Want To Be Evacuated Says Alice, 4, Hiding Under Azovstal Steel Plant In Mariupol As Russians Bomb It Repeatedly 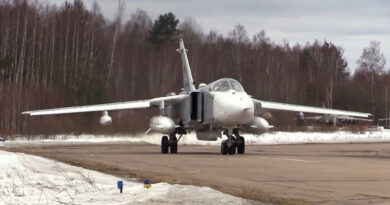