This is the moment Brazilian firefighters rescue a sleepy sloth relaxing on telephone cables.

The incident was filmed at a residential complex in the municipality of Bayeux in the Brazilian state of Paraiba at around 10am on 13th September.

Local residents spotted the sloth hanging on the cables and called the fire department who sent a rescue team to the scene.

Firefighters successfully removed the animal from the telephone lines and took it to woodland near the complex to return it to its natural habitat.

It took firefighters around 10 minutes to rescue the sloth from the phone lines, according to the news site G1.

In the footage, a firefighter is seen standing on a ladder and using a catch pole to hook the animal.

The sloth apparently clings onto the lines for dear life as the firefighter tries to pull it down.

In the second clip, firefighters have the animal hooked by two catch poles as they bring it down to street level and then place it on the grass.

The third video shows firefighters releasing the sloth over a fence and into woodland surrounding a field.

Before releasing the animal into the wild, one firefighter found the time to pose for a snap with the sloth, and both appear to be wearing broad smiles on their faces in the picture. 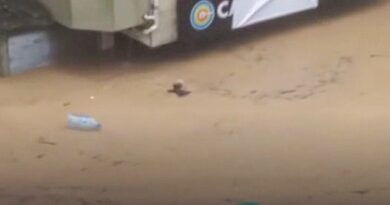 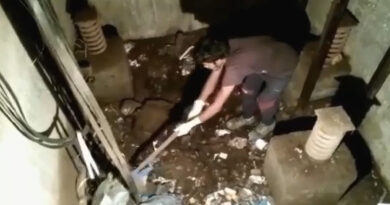 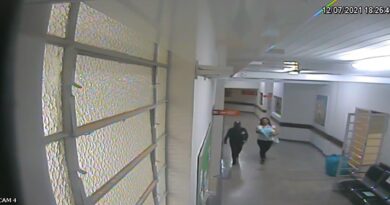