A woman has won over GBP 80,000 on the lottery on a coffee-stained ticket she had binned by mistake.

Frantic Mary Elliott – from Buckingham County, in the US state of Virginia – first realised that she had thrown her ticket away, but later found it in the trash.

Then she was terrified it would be declared invalid, after the barcode could not be scanned due to the coffee stains.

Virginia Lottery said: “When Mary Elliot discovered she’d matched all five winning numbers in the Virginia Lottery’s Cash 5 with EZ Match game, she had a brief moment of panic. She had thrown the ticket away!

“So the Buckingham County woman went digging through the trash and found it. But now there was a new problem: The ticket had coffee stains on it, and the barcode wouldn’t scan when she tried to confirm her win.”

The lottery company added: “But this story has a happy ending.

“Ms. Elliott took the ticket to the Virginia Lottery’s Prize Zone West in Henrico, where Lottery officials were able to confirm the win and award her the USD 110,000 prize!”

Ms Elliott said: “When I saw I’d won, I couldn’t stop shaking to save my life!”

Virginia Lottery said: “She won the top prize in the February 24 drawing with a ticket she bought at the Food Lion in Dillwyn. The winning numbers were 6-13-18-21-25. She selected the numbers on her ticket using important birthdays.

“Cash 5 with EZ Match features a rolling jackpot, starting at a minimum of USD 100,000. If nobody matches all five winning numbers, the jackpot increases for the next drawing. The odds of matching all five numbers to win the jackpot are 1 in 749,398.

“In addition, a player who spends an extra dollar for EZ Match receives five randomly generated numbers with a prize of up to $500 associated with each number. If those numbers match any of the numbers on the ticket for the drawing, the player wins that prize – even before the drawing is held. 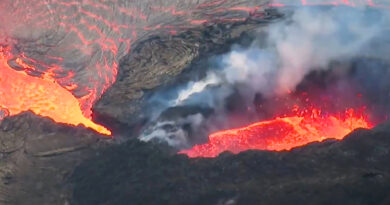