Russia’s increasingly desperate propaganda team has released footage claiming to show ‘paratroopers’ jumping out of an attack helicopter in a ‘Z’ formation.

The letter Z is now notoriously associated with Russia’s invasion of Ukraine, which Moscow is still calling a “special military operation”.

The images show a Russian helicopter taking off before about a dozen men and women wearing helmets and parachutes jump out of it in batches.

Despite being described as paratroopers, the skydivers appear to be wearing civilian gear as they drop over the snowy landscape seen extending in every direction below the copter.

The parachutists are seen free-falling before coming together to form the letter Z.

They can then be seen joining hands and legs again to briefly form the ‘V’ – an earlier Russian battle group sign – before they open their chutes as the footage ends.

The Russian MoD said: “Z and V at height.

“Military sportsmen-paratroopers of the Central Military District, in support of Russian servicemen performing tasks of the special military operation, made a difficult protracted parachute jump from a height of 3,000 metres [9,843 feet] in the sky above the Samara region.”

Z was first seen on Russian military vehicles invading Ukraine, with it being speculated that the letters Z and V – daubed in white paint on the vehicles – were references to geographical locations being targeted by the Russian troops.

The Russian gymnast Ivan Kuliak was reprimanded after sporting a Z on his gear while standing on a podium next to the Ukrainian Illia Kovtun at the Artistic Gymnastics World Cup in Doha earlier this month (March). The Russian came third, while the Ukrainian won the gold.

Officials in numerous states in Germany are now planning to prosecute people who display the Z symbol, on the grounds that it is associated with supporting Russia’s war in Ukraine, which has been deemed illegal under international law.

After the ruling, UN Secretary-General Antonio Guterres said that the decision “fully reinforces my repeated appeals for peace”.

Ukraine’s President, Volodymyr Zelenskyy, has said that his government is prepared to discuss adopting a neutral status as part of a peace deal with Russia. Russia-Ukraine peace talks are ongoing in Turkey. 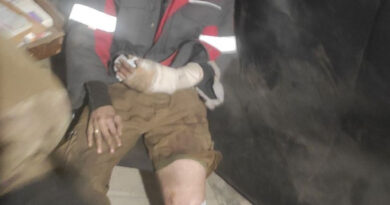 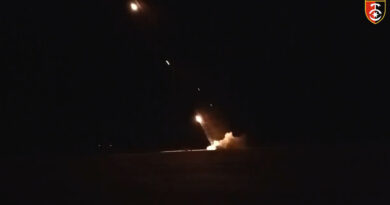 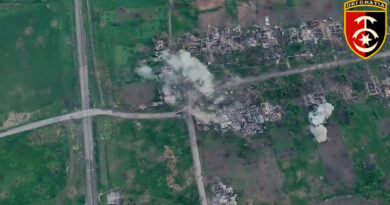