Russian cops who ignored a call for help from a beauty queen and her pals when a man broke into their flat and attacked them during a hen night party at home are to be punished for dereliction of duty.

An investigation by prosecutors in the Leninsky District of Tyumen confirmed that the police officers ignored the panicked call from the young woman, and instead had even later booked one of them for being too noisy at the private party to celebrate the engagement of one of the group.

However, neighbours have now revealed that the girls were not making noise at all when the man climbed into their flat via the balcony and attacked them.

When they asked for help from the police, they were ignored and when they shared the video online to complain about the police activity, they were attacked by trolls who criticised their partying and praised the man for his actions.

Several women, including the 2018 Vice-Miss Tyumen, Alexandra Pershina, 22, had gathered together for the small celebration in an apartment in the city of Tyumen in the Russian federal subject of the same name on 23rd July.

The girls said they had no idea why the man had broken in because the music was being played quietly, and although they had been singing, there were not excessively loud and were just having fun and relaxing. There had also not been any complaints from anybody else until the man suddenly broke in and attacked them.

According to Alexandra, by posting a video of the incident, she only wanted the man who had effectively broken into someone else’s apartment and beat up the women who were there to be punished according to the law.

She said she, like the other girls, were then shocked that it turned into the complete opposite.

She has had to close her social media accounts after she began receiving threats on social networks and on the phone.

In a second video, Alexandra says that she was surprised by the negative comments, threats and insults, and that her only aim was not to make this an attempt to put the truth out there, and ensure that the man was accordingly punished and restrained from repeating the incident.

Alexandra addresses the public with the following words, “I’m shaking all over. I have never encountered such a thing in my life. Now they are pouring mud at me in my own account, they write: ‘Die, scum, animal!’ People, are you serious? I am a respectable person, I work a lot. Why are you so angry? What’s wrong with you?”

The prosecutor of the Tyumen region, Vladislav Moskovskikh, took control of the case after it was picked up by local media and has now confirmed that police had ignored the call, and they will now face the consequences.

He also ordered a legal case to be started against the man who attacked the young woman, who could face up to 2 years in prison for breaking into the woman’s flat, and for attacking them.

In a statement, the prosecutor said: “During the prosecutor’s check, the information that the police ignored the call and did not come to the scene was confirmed. The Prosecutor of the Leninsky District of Tyumen introduced the head of the Russian MIA Administration for Tyumen on the punishment of the guilty persons and the adoption of measures to prevent this from happening in the future.” 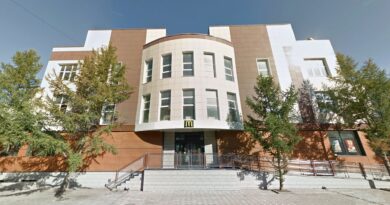 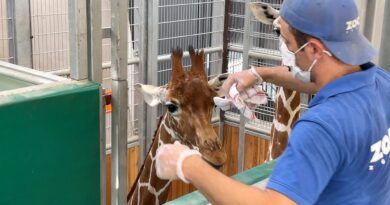 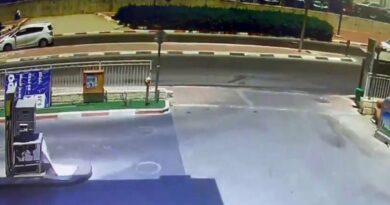