This deep sea diver and marine wildlife photographer has spent years perfecting his craft to capture stunning images of these fearsome-looking creatures of the depths.

Mark Andrew B. Badiola, 46, who lives in the city of Taguig in the National Capital Region in the Philippines, told Newsflash in an exclusive interview that he dives up to four times in a day to capture the perfect image.

He said he has always been “passionate about photography, especially underwater photography”, but added that he “never really had the right tools…”

He said: “I started using my phone at the start and captured photographs of whatever I found beautiful.

“I believe if you have passion for anything, you manage to put in the work and enjoy doing what you love, and then the rest is history.”

Speaking about how he usually goes about taking his incredible photographs of marine wildlife, Badiola said: “The duration of underwater photography usually takes an hour or two, with an hour of surface intervals in between dives, usually 3-4 dives during the day.

“If I still have the energy, I do a black water dive which usually starts late evenings. I’ve been taking photos underwater for almost a decade but really got serious in 2015.

“It could be the lighting on the subject or the look in the eyes of a marine animal. It might be the thought of exploring the world beneath which usually gives you the feeling you are in another world.

“Maybe it’s more of the joy of simply taking the underwater photos. The process itself is the journey. Nature is just awesome! If you open your eyes to the world and nature around you, you’ll be truly Inspired by it.”

Explaining how he goes about conducting a shoot, he said: “Ideally, I spend at least 3 days with 3 to 4 dives a day to make the trip worthwhile.

“Within three days, I have enough underwater photos of multiple subjects. I usually start my dive at 8.30am so I can rest in the afternoon. If I still have the energy, I go for a night dive.

“With a strict 1 hour of surface intervals in between dives. This allows me to get rid of the nitrogen that builds up in the body.

“Each dive would be one to two hours depending on my air consumption. Photo dives are usually shallow, this allows me longer bottom times.”

He added: “My favourite creature aside from Nudibranchs would be The Mantis Shrimp, I’m just simply fascinated by them.”

Badiola said that scuba diving “is pretty safe, the danger I guess is not knowing what you’re doing and not being aware of what creatures can be dangerous or not.”

He added: “To be safe is to be mindful of your no-decompression limit for one and not to touch anything underwater, act as a guest when diving.

“Facemasks are being dumped in our reefs on top of the usual waste being dumped in the water. It’s vital to create environmental awareness regarding rubbish, especially plastics that are not biodegradable.

“They can break down into micro plastics which are then consumed by marine life, which we consume as well.

“What comes around goes around, I guess.

“Our oceans are fragile. We depend on them, not the other way around, the food we eat, the air we breathe. We should be more mindful and kind to the environment for future generations.” 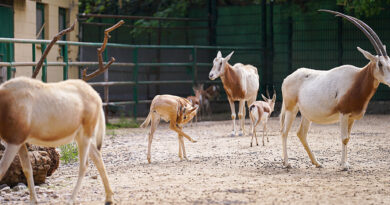 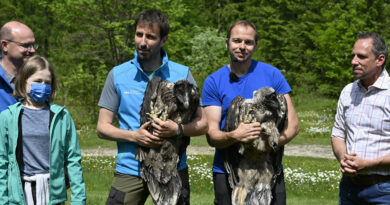 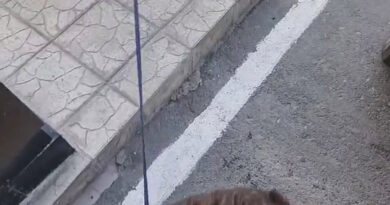