This is the moment a dog causes mayhem in a supermarket while attacking its fleeing owner.

The incident was filmed by CCTV cameras in the supermarket in the district of Etimesgut in the Turkish province of Ankara.

Salih Dilek was walking his brother’s dog in the evening when he shortened the lead to stop it from sniffing the ice cream fridge.

However, the dog grew angry and attacked Dilek, who let go of the lead and ran into the supermarket for safety.

In the footage, he is seen repeatedly running around the fridge before dashing into the shop where chaos ensues.

A concerned mother runs across the shop and lifts her child onto the counter before a worker carries him to safety in a back room.

At the same time, the dog rounds the corner while continuing to chase Dilek, sending one man scurrying onto the counter.

The canine, apparently a German shepherd, is eventually calmed down by a shopper and taken outside.

Dilek told local media: “I shortened the lead a little and it tried to attack me.

“My heart was pounding while I was running away. I was surprised when I watched it back later.

“I went in the shop and everyone was shouting and screaming. I ran to the back counter.”

Store owner Mehmet Akif Dogan said: “I was in the back at the time of the incident. I heard shouting and first thought a fight had broken out between customers because there was a lot of screaming.” 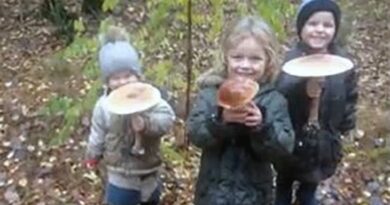 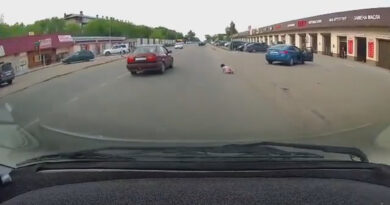 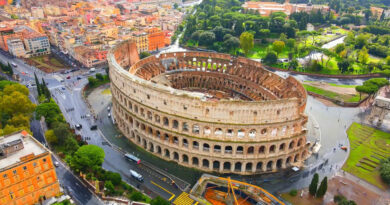