This is the moment a savage thug punched an OAP and kicked him in the head as he lay sprawled defenceless on the ground.

The incident took place on the Grand Concourse thoroughfare in the borough of the Bronx in New York City at around 1.30pm on 2nd May.

The New York Police Department (NYPD) said on 4th May: “Wanted for attempted robbery: On 5/2/22 at approx. 1:30 PM, in front of 1299 Grand Concourse in the Bronx, the suspect punched a 77-year-old male in the face, then kicked him in the face, and attempted to remove his property.

According to reports, the police later arrested 35-year-old Edgar Wilson, a Bronx resident who lives a few blocks from where the incident took place.

Wilson has been charged with assault and attempted robbery after being filmed beating the 77-year-old man.

The police, who released footage of the assault, said the pair became embroiled in a row in the street that quickly escalated into violence. The suspect fled on foot after the incident.

The victim told the police that the aggressor attempted to rob him, however, the local authorities said that nothing was taken.

The elderly victim was taken to St Barnabas Hospital in a stable condition.

According to the NYPD, the overall crime index rose by 34.2 per cent in April compared to the same period in 2021. 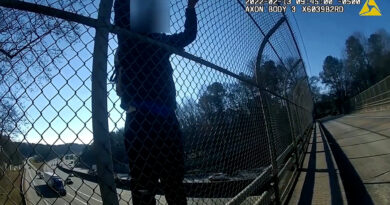 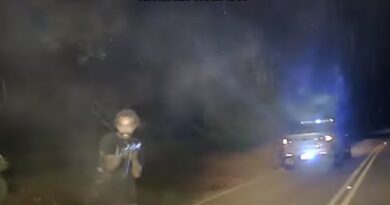