This is the moment the culprit that has been destroying cameras set up to record snow leopards is caught in the act.

The rogue bear is to believed to have been responsible for already destroying two of the expensive camera traps set up to capture images of the rare big cats in the Saylyugemsky National Park.

And ironically the bear is possibly even more rare than the snow leopards – which might be why it was keen on keeping the spy cameras out of action.

The park was created in 2010 to protect the wildlife in the mountains and in particular the snow leopard and the argali mountain sheep. It was aptly named after the bears that were so rare, they were even thought to be extinct at one stage.

When two of the cameras were found to have been broken and destroyed when they were collected by the team monitoring them, they were puzzled as to what animal was responsible, but a third camera which was not destroyed and where the footage could be recovered gave the game away – revealing that it was a rare Saylyugem bear.

The remote region where the cameras were located lies on the borders of Russia, Kazakhstan, Mongolia and China in the Altai Mountains in the Russian republic of Altai, where it is extremely difficult for scientists to monitor and track the population of vulnerable snow leopards, believed to be just over 10,000 and the wild worldwide.

But they had reckoned without the Saylyugem bear, which is similar to a Russian bear apart from the paws.

The camera footage shows the bear turning up and sniffing at the camera, and then tearing it off the stone that it was fitted to and chewing on it.

However, on this occasion, the bear failed to destroy the camera which recorded the images identifying the vandal.

A national park spokesman confirmed that the hidden cameras are set up for experts to monitor snow leopards and that the same bear had previously destroyed two hidden cameras.

The spokesperson added: “Scientists check the cameras about once every two months, depending on the availability of the location. Upon reaching each of them, they hope to see new footage of snow leopards.

“Watching the data back is often like a detective story. The information shows that the last thing recorded by the camera was the Saylyugem bear.”

The park added that they forgave the troublesome bear for its curiosity.

The Saylyugem bear was once even believed to be extinct until holes that it dug in the ground and footprints revealed that it was still alive. 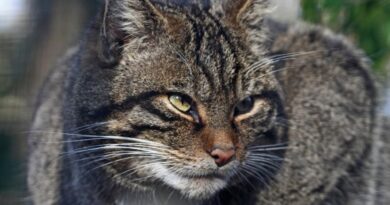 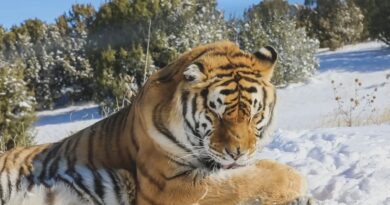 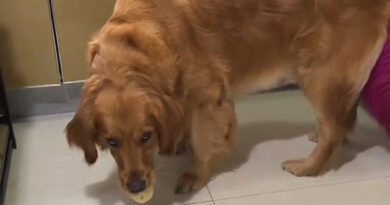