An 83-year-old woman was rescued from a 65-foot deep ravine after her neighbour noticed her pet cat that was normally inseparable persistently ‘meowing’ for help near a deep ravine.

The OAP, who has not been identified, was saved from a 20-metre (65-foot) ravine after the cat that never left her side drew rescuers to the ravine by meowing for attention in Bodmin, Cornwall, in England.

A rescue mission was launched by Cornwall Fire and Rescue Service along with Cornwall Air Ambulance, and SWAST (South Western Ambulance Service) on Saturday (14th August) when locals reported the woman missing.

The search mission had made little progress up until Pira the cat got the attention of Tamara Longmuir, 38, a concerned local who was part of a group of rescuers looking for the missing woman.

Tamara told Skynews: “The search team noticed the cat sitting on a fence near a field constantly meowing.”

She explained that Piran, who is a black moggy, is extremely attached to its owner and normally doesn’t leave her side.

Tamara decided to head into the field by the cat and started calling the missing woman’s name.

She said: “Just as I was going to go off the path and start going through the crop, I heard a very faint response to my calling… I then quickly realised my neighbour was down the 70ft ravine.”

She added: “She had gone through the barbed wire and was laying in the stream – we think she had been in there for hours.”

She scrambled down the ravine to check on the woman and then called emergency services.

She said: “They all arrived quickly, 12 vehicles and about 25 crew from all the emergency services.”

The police said the woman was hoisted out of the ravine and taken to hospital via air ambulance where she remains in stable condition.

Bodmin Police said in a statement on their official Facebook page that: “Piran the cat saved the day!” 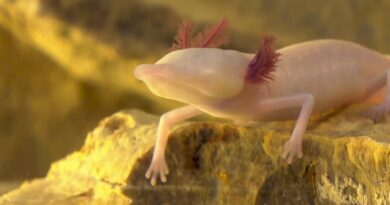 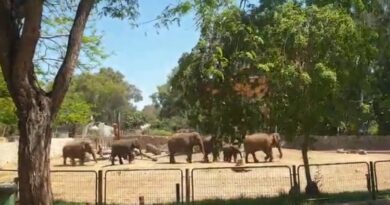