This is the moment when a quick-thinking woman crawls under a parked van to give a pair of armed robbers the slip.

A CCTV camera filmed the woman as she outsmarted the motorbike-mounted crooks in Rio de Janeiro, south-eastern Brazil, on 25th August.

The attempted robbery took place as the woman – who chose to remain anonymous – was heading to work at around 5.30am.

Following the ordeal, she told local media: “When I opened the gate to my home, I saw them going up the street and turning around.

As the biker and his accomplice riding pillion sped after her, the woman hid behind a parked van, as seen in the footage.

But as they chased her around the vehicle, she gave them the slip by diving underneath the van while they were out of view.

She told local media: “I saw the space under the van and I entered it. They made circles with the motorbike, and it was like I had gone into a house.”

The woman went on: “They didn’t know where I was. I spent a while under there. When I saw it was possible to leave, when they had left, I got up.”

The young woman later found out that several robberies had been committed in the area that day. She added: “A woman was even assaulted.”

As to why she resisted the attack, she revealed: “I’ve been robbed five times. I’m already at my limit.” 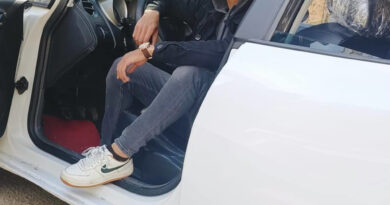 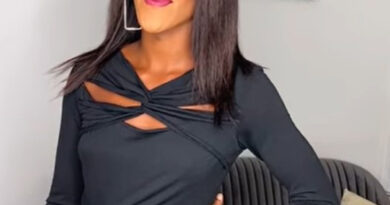