This is the moment California cops shoot a 45-year-old man who barricaded himself in a hotel room and apparently brandished a knife at armed officers.

The officer-involved shooting took place at the Hampton Inn hotel in the city of Pittsburgh in the US state of California on 23rd February.

The police released the suspect’s name along with footage of the shooting on 15th March to be “transparent” with the public.

Ashton Porter faces charges for five counts of felony assault with a deadly weapon on a police officer, one count of felony vandalism, and one count of criminal trespassing.

The police said: “The Pittsburg Police Department can now release the name of the man involved in the February 23, 2022 officer involved shooting at the Hampton Inn as 45-year-old Ashton Porter, a resident of Alpharetta, Georgia.

“In addition, pursuant to Pittsburg Police policy, we are releasing officers’ body worn camera footage of the incident in an effort to foster transparency and trust with our community.

“This Critical Incident Video contains a small portion of the footage from an incident that spanned more than 20 hours. All of the officers on the scene were equipped with body worn cameras, but due to the lengthy operation, several were not functioning at the conclusion of the incident due to drained batteries.

“The officer involved in the incident is a member of the Pittsburg Police Department tactical team and identified as Officer Ernesto Mejia.

“The Pittsburg Police Department’s independent outside investigator is also conducting an independent investigation of the incident pursuant to department policy.”

The police added: “On February 28, 2022, the Contra Costa County District Attorney reviewed this incident and filed five counts of felony assault with a deadly weapon on a police officer, one count of felony vandalism, and one count of criminal trespassing. 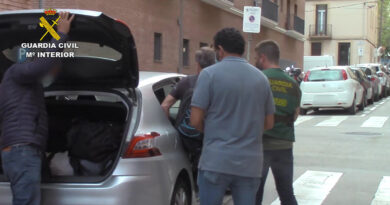 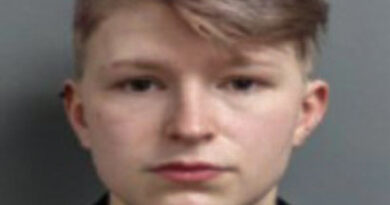