A Louisiana man will go on trial for murder and foeticide after he allegedly shot his pregnant girlfriend following a row and threw her son off a bridge.

Suspect Brynnen Murphy, 20, was formally charged by a grand jury on Thursday 30th July over the violent deaths of Kaylen Johnson, 24, and her son Kaden, 2.

Kaylen was pregnant with her alleged killer’s child at the time.

He is believed to have shot his pregnant girlfriend multiple times following an argument in early March.

Investigators found her bullet-riddled corpse on 14th March in a wooded area next to Burbank Drive, Baton Rouge.

Her toddler son’s body was found a short while later along Central Thruway. Cops believe the suspect threw him off a bridge.

Investigators believe the bodies had been there since 5th March, the same day the victim’s family had reported their relatives as missing.

According to reports at the time, the suspect admitted to fatally shooting his girlfriend in the car park of his apartment building on North Harrells Ferry Road.

He allegedly dumped the murder weapon in the area of woodland where the pregnant victim was found.

Her terrified son was allegedly in the car when she was shot and when the suspect dumped her body.

The toddler was reportedly still alive when he was thrown over the bridge, with the suspect allegedly admitting to hearing the youngster’s cries as he drove off.

Preliminary post-mortem results at the time said he died of hypothermia.

After leaving the toddler to his fate, the suspect then abandoned his girlfriend’s car on a cul-de-sac near his flat off North Harrells Ferry.

The date of his trial is unclear. 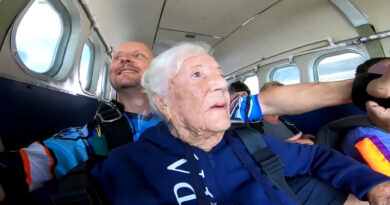 UP POMPEII: How Doomed City’s Squeezed Middle Classes Struggled To Stay On Top 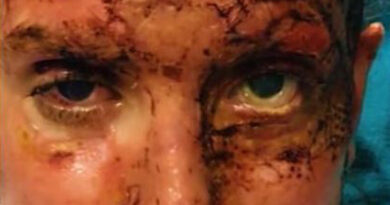