This is the moment a brave mum batters a gang of carjackers with a broom as they attempt to steal her car while her daughter is still inside.

The heroic mum’s battle was caught on security CCTV outside a shop in the city of San Justo in the Buenos Aires Province in Argentina around 10pm on Sunday, 21st August.

In the footage, the mum’s car is parked outside the store with her daughter, reportedly about 10 years old, in the front passenger seat and an adult in the driving seat.

Seconds later, a Chevrolet ONIX car pulls up next to the car and blocks its path.

As four thugs pour out of the Chevrolet, three of them swarm over the parked car trying to pull the driver out of their seat.

But they had not bargained on the furious mum who ran out of the shop and grabbed a broom before battering the crooks’ heads.

While they are distracted, she runs around to the other side of the car and pulls her daughter out.

The robbers then manage to pull the driver out of the car, dragging them along the street for a few metres and driving off.

The driver was reported to have not suffered any serious injuries while police are studying the CCTV footage. 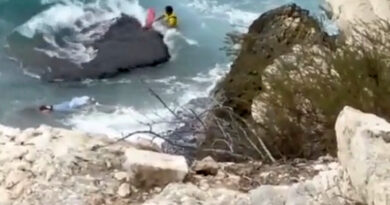 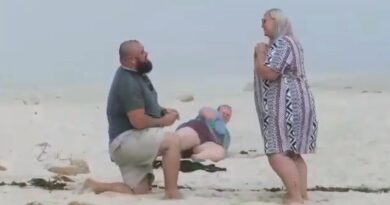 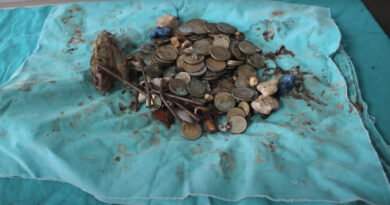