A teenage couple aged 18 and 19 have been charged with child abuse after their 5-week-old daughter was found with 16 fractures and a broken arm – and their only excuse was to blame the dog.

Robert Oaks Jr., 19, and Sylvia Kutchman, 18, were arrested on suspicion of child abuse at their home on 200 block of Pearson Street in Cambria County in the US state of Pennsylvania this month, reported Law and Crime on Saturday, 20th November.

The investigation began when the couple took their infant daughter to the Conemaugh Memorial Medical Center with a broken arm.

Dr Rachel Berger diagnosed the tot and concluded that she showed clear signs of physical abuse.

Her report was published on 12th November and read: “This has to be abuse, no normal care could cause these injuries and in these stages of healing. There is no evidence of any underlying medical condition which would predispose her to these fractures.”

There were warning signs about the couple earlier on in the month, on 5th November, Blacklick Emergency Medical Services personnel were sent to the couple’s home after their daughter suffered a traumatic injury.

When confronted about the unspecified injury the police Oaks said that he picked up his daughter and heard a “pop” and he had no idea how it happened.

The visit ended with Cambria County Child and Youth Services (CYS) arranging future follow up meetings with the family as the tot was not crying and did not have any bruises.

A meeting with CYS took place on 16th November following the doctor’s report about the extensive injuries and the broken arm.

During the meeting, Oaks and Kutchman claimed that they had no idea how their daughter had suffered over a dozen fractures and suggested that they might have been caused by the dog jumping on the tot.

The couple were arrested and they are now being held at the Cambria County Prison after the couple failed to post the required USD 20,000 (GBP 14,876) bail.

The couple is accused of aggravated assault and endangering the welfare of a child. The first hearing is expected to get underway later today, 22nd December.

The infant is being cared for by a foster family. 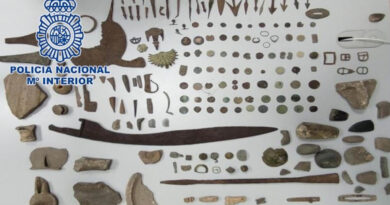 Priceless Sword From Pre-Roman Iberia Recovered By Cops, Who Arrest Person Trying To Flog It Online 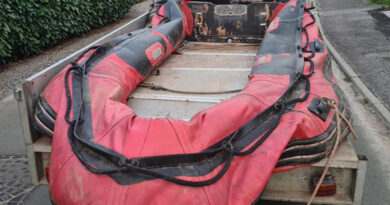