A teenage reality TV star died after she was catapulted through the air when the motorbike she was riding pillion was smashed by a car.

Pretty Rayane Bezerra de Oliveira, 19, was killed instantly in the accident in Manaus, northern Brazil, on the afternoon of 20th August.

Shocking CCTV footage of the smash shows Rayane being hurled several feet through the air before she slides along the tarmac.

Rayane’s boyfriend had been riding the motorcycle down a main road when he was hit by a Fiat Argo that had pulled out into his lane at a T-junction.

Footage shows how the motorbike smashed into the side of the car’s bonnet, catapulting the couple through the air before they landed with a sickening crunch on the tarmac.

Police were called to the scene, where they arrested the 35-year-old car driver.

According to some reports, he had been drunk behind the wheel.

Rayane was killed after hitting her head on the road, reported local media, and her body will undergo an autopsy.

Her boyfriend – not named in reports – was left seriously injured and was taken to a nearby hospital.

There have been no further updates on his condition.

In September last year, Rayane took part in the reality TV show Peladao a Bordo, in which 16 supporters of different football teams compete to be crowned ‘queen’. 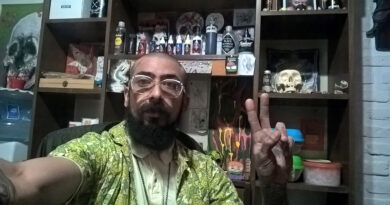 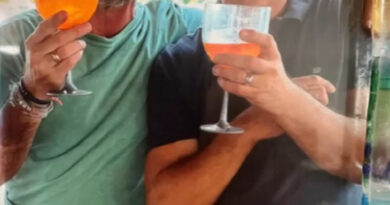