This is the moment Ukrainian soldiers bomb a Russian armoured vehicle driving along a quiet country lane.

The 30th Mechanized Brigade, named after Prince Konstanty Ostrogski, a formation of the Ukrainian Ground Forces, joked that the “demilitarization of the Russians continues” as the conflict enters its 97th day.

The Ukrainian brigade said: “Stunning destruction of an enemy BMP with full ammunition and toasted racists! The demilitarization of the Russians continues.”

The footage shows an armoured vehicle winding along the country lane before apparently taking a direct hit and being blown to pieces.

The Ukrainian military did not state where or when the strike took place.

Meanwhile, Russian troops entered the outskirts of Sievierodonetsk yesterday morning (30th May) and are advancing on the city centre.

The Ukrainian military said: “Two Sievierodonetsk residents were killed with Russian shells, and five more injured. Most of them are from the same residential quarter in the old part of the city. They were cooking food in the yard as the shelling suddenly began. Two Syrotyne residents were seriously injured. All the injured received first aid and were taken to hospitals in Donetsk region.” 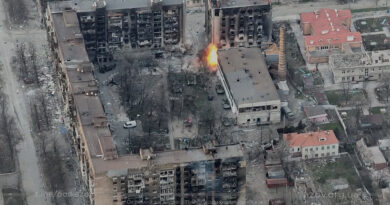 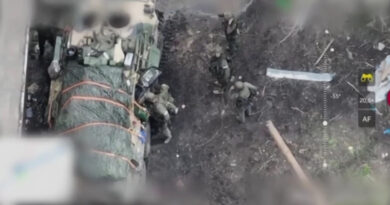 WAR IN UKRAINE: Russian Soldier Gives Ukrainian Drone The Finger Moments Before The Area Is Blown To Hell In Massive Explosions 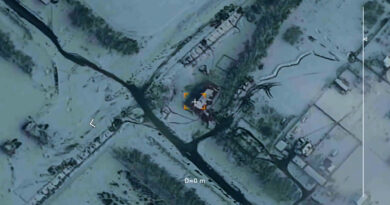