This aerial footage shows Russian troops making a hasty getaway in their military vehicle after the position they had tried but failed to camouflage was shelled.

The brigade said (in Ukrainian): “Occupiers, hide, but it is better to flee our land before it is too late, because our guys are serious. There will be no mercy!”

The brigade did not specify where in Ukraine the footage was filmed. 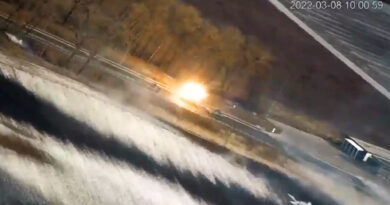 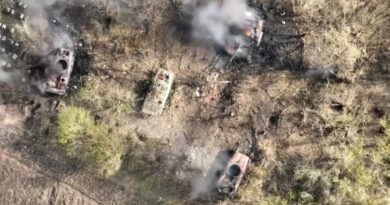 ARMOURED BUT NOT DANGEROUS: Smoking Ruins of Putins Tank Force